On Reggie Oliver: Mrs Midnight and Other Stories

Mrs Midnight and Other Stories

'Does that gypsy woman regularly camp out on your doorstep?' I asked.

I went to the window to point her out to him but she's gone.

As I was going into the theatre tonight, I was stopped by Alf in his little glass fronted booth by the stage door. Alf, like quite a few West End stage doormen I have known, is a middle-aged ex-con (armed robbery) who will tell you stories of bank jobs and gang warfare if you can spare the time. He is not at all stage struck which I find refreshing and he is usually very cheery, but not tonight for some reason.

'Some bloke's been asking for you,' he said. 'Says he knows you. Big bloke. Scottish accent.'

A historian tells the story of how he went to meet deposed European royal King Kyril of Slavonia at a Swiss hotel to see about a job ghost-writing his memoirs. Unfortunately, the royal is part of a religious cult that uses the hotel as a headquarters for their semi-Hubbardian cult activities.

…. I lifted my head, but only for a moment because it made me sick and dizzy to do so. Those few seconds were sufficient to allow me to see the blood flowing through catheters that had been plunged into the arteries of both my arms. I realised now why I felt so weak, and that I would be getting weaker by the minute as the blood ran from me.

The Dancer in the Dark

A young actor reports on his experiences in a show featuring washed-up stage veterans trying to make a comeback in the Thatcher era.

…. To say that I was less than thrilled at the prospect of appearing in a new play by Roger Carlton might seem ungracious. Roger Carlton had had a string of successes in the late forties and early fifties with upper middle class drawing room comedies. By the late fifties the advent of Osborne and Pinter, abetted by the critical scorn of Kenneth Tynan, was beginning to make his work look decadent and feeble. By 1982 he was, in the words of one of my actor friends, 'long past his sell-by'. This did not mean that he was not well in with the more conservative theatre managements like Majestic who were chiefly interested —as some audiences still were—in safe, well-made vehicles for favourite stars.

'You people always want an explanation, don't you?' said Mr Pigsny. 'Well, what if there isn't an explanation? Or what if there is one, but I couldn't make you understand it, not in a million years? What if just there aren't words in the poxy English language to express a meaning, you bone-headed little shit?'

I think there was a long silence after this, or perhaps it was the shock I felt which made it long in my memory. When he began again, his speech was low and level again, almost too quiet to hear, but not quite.

….'The twins were a little over three years old when one morning they disappeared. The nursery maid, much criticized for idleness and inattention at the trial and afterwards, had been sleeping in a little bedroom adjoining the nursery. On waking she came into the nursery to find that they had vanished from their cots. A search was instituted and the remains of the two infants were finally found stuck down a disused outside privy. The bodies had been much cut about, as if they had been victims of a savage attack with a knife, but death itself in each case had been caused by strangulation. They had both been garroted with a length of scarlet silk ribbon which had been left tied around their little throats. It had been a full moon on the night of the disappearance which no doubt aided the abduction.

You Have Nothing to Fear

A harrowing account of the horror of nullity, as well as a look at the airless pretensions of conceptual art.

I congratulated Charles on his work. He smiled slyly in that way of his, as if he were holding back a secret joke.

'Yes. That last one was a bit like getting a nervous thoroughbred into the starting gate, but we managed in the end. It's funny, though. Do you think young Gloria knew anything about Stanhill?'

'Mmm. Didn't think she would. Only, you see, that folly where we took the pictures—it seemed to bug her. I was just wondering if she possibly knew that someone had died up there. Topped himself actually.'

The Philosophy of the Damned

Set at Imperial Opera House in the Crimea during 1919, during the Russian civil war.

…. On the Monday of the following week Asmatov woke to find the little town of Petropol in something of an uproar. Deep in the previous night Petropol had been invaded and every conceivable empty space or wall, or hoarding—even the pillars of the town hall, even the trunks of the exotic palms that were such a picturesque feature of the town's elegant sea front—had been smothered in posters advertising: COUNT BELPHAGORE, and his Celebrated Company of Apocalyptic Comedians and their astonishing new entertainment The Philosophy of the Damned.

A tour-de-force found-manuscript thriller of a very high order.

…. Tremayne's reputation had always been comparatively obscure, but there had been moments when he emerged from the shadows. He was greatly admired by some of the 1890s poets, in particular Ernest Dowson and Arthur Symons. Baudelaire professed to be an enthusiast, and I was told that he is mentioned somewhere in one of Meyrink's books. Tremayne's small circle of devotees had been diverse and select.

A young repertory actor in Nairobi becomes acquainted with some of the locals from Kenya's colonial past, and observes the finale of a scandalous local tragedy of several decades past.

....I did not immediately shut my bedroom door, so I was able to hear Freda and Jumbo talking at the other end of the house. Their tone was urgent. I could not catch all they said, but I heard her say:

'Why did you put him in there, for Christ's sake?'

'He'll be fine, old girl,' Jumbo replied. 'Didn't you notice? The poor chap looked all in. He'll sleep like a log.'

Oliver has here not written a pastiche of James, but a wholly original story combining academic/ecclesiastical/historical politics, documents, events, and horrors. Perhaps the kind of story James would have written if he had been more ambitious about his fiction.

….'Master, you're missing the point,' said Corcoran. In his late sixties and officially retired, though still teaching and an honorary fellow, George Corcoran was the only one in that college meeting who was quite unafraid of Drew. Besides, Dr Corcoran was an Ancient Historian and his traditionalism extended to regarding Drew's discipline, Modern History, as an inferior brand, so he was not even in awe of the Master's reputation. 'The relative artistic merits of Burne-Jones and Giacometti are not at issue here. We are talking about suitability. During the last major restoration of the chapel in 1895 our then Master, A.C. Lincoln commissioned the Burne-Jones tapestry from Morris and Co. to cover the wall behind the altar and below the east window. He chose the design specifically to chime in with the seventeenth century glass painted by Van Osternberg which depicts the ascension of Christ in Glory. He even specified the colours to harmonise with it. It was all very carefully done and thought out. I am not saying that the Burne-Jones is a masterpiece in its own right; though I'm not saying it's not. I am saying that it is suitable; it is appropriate; it is meant. The Giacometti, for all its vaunted excellence as a triumphant piece of modernism, is not.'

A Piece of Elsewhere

Childhood memories of weird events while staying with a bad aunt.

The next moment Mr Fenton had burst into the room and seized Mr Barbel by the collar. I believe he hit him and broke his pebble glasses. At any rate, there was a great fuss about it all and the police were summoned. I don't think I made a very coherent witness, because in the end, no charges were brought against anyone. My parents were summoned from France and I went home to them late the following day.

….When Margetson came he was carrying his two canes, Minos and Rhadamanthus. He told Caverner to 'prepare' himself, a ghastly euphemism which meant that Caverner was to take down his shorts and underpants, then bend over one of the benches. As Caverner did as he was told Margetson asked him whether he preferred the punishment to be inflicted by Minos or Rhadamanthus. Caverner by this time was trembling so much that he could not speak, but something about the tone of Margetson's question—'Minos, or Rhadamanthus?'—had astonished him. There had been a higher pitch to his voice, and a tremor which Caverner could not mistake for anything other than pure excitement. 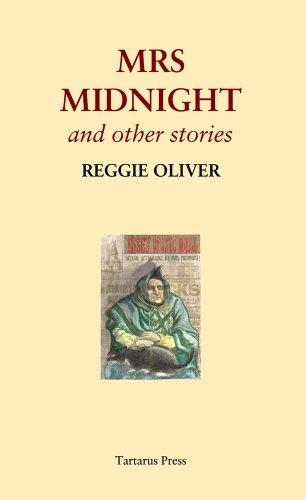