On Reggie Oliver: Masques of Satan; Twelve Tales and a Novella

In his introduction to the 2007 Ash-Tree Press collection Masques of Satan: Twelve Tales and a Novella, author Reggie Oliver gives us his "manifesto" for strange stories: that they are designed "to trouble the reader in some way," and that "the reader is meant to be left with an abiding sense of disquiet which is somehow, paradoxically, satisfying to the psyche.'

Further individual story notes on excerpts are below.

…. What the fictional ghost story has to add, to compensate in its turn for not being true, is a visionary element. Its events must somehow amount to an insight, however brief and baffling, into the metaphysical world. It must in some way transcend the normally impenetrable wall of death. Ever since human beings had speech and began to tell stories they have wanted some transcendental aspect to be part of the weave. What is interesting is that story tellers have rarely made that transcendence reassuring. Part of the perverse-seeming, but obviously normal, pleasure we derive from the ghost story is that far from comforting us, it shakes us up.

…. The modern ghost story, as opposed to the Gothic extravaganza, began with Sheridan Le Fanu, who added the vital ingredient of psychology to the familiar elements. In his stories the feelings and failings of the haunted were as important as the haunting itself. We today continue essentially in this tradition. Where I think we sometimes fail is in taking less seriously the metaphysical realities behind the phenomena. To put it bluntly, there are those who do not think it is necessary for ghost and horror writers to believe in a spiritual realm. I do.

…., I have become convinced that to write ghost stories of lasting merit it is necessary to believe in the possibility of eternal damnation. I am fully aware that this sounds a harsh, even barbarous statement, but I do not want to qualify it, only to explain. I do not mean by it that one needs to subscribe to a particular religious creed. On the contrary I believe that rigid, dogmatic beliefs are usually inimical to good writing, especially when the holder of those beliefs cannot resist a sermon. (Dante, Milton and Bunyan may perhaps provide partial exceptions to this rule.) On the other hand a sensitivity to the spiritual is essential, as is a belief in its eternal significance.

The Man in the Grey Bedroom

A droll stately home tour horror story. An auctioneer father, condescending to National Trust staffers, to the keen embarrassment of his wife and sons, eventually meets a man who knows more, much more, than he does.

….. Now after Sir Everard died, his son Jocelyn becomes master of the hall. Well, Jocelyn was very fond, as you might say, of the bottle. He takes over the Grey Bedroom here as his own, not minding that his father had died in it. In fact he takes something of a pride in doing so. He and Sir Everard never got on, you see. Well, late one night the servants hear a terrible crashing and a crying out from this very room. They come in here and there's Mr Jocelyn lying on the floor, and the mirror all smashed, and it turns out he's thrown a half empty gin bottle at it. Mr Jocelyn, he says he saw something in the mirror, he doesn't say what, but he had been badly drink taken, and it was not long after that that they had to put him into an institution for his problem. And that's how the Hall comes to be sold and with the National Trust.' It would appear that to the man in pebble glasses this constituted a happy ending.

A ghastly comedy, funny and harrowing, of tyro actors.

…. They would be sharing the number one dressing room on stage level for the week, because the play was Ira Levin's Deathtrap, and Tim was the only actor in the company young enough to play the part of Clifford Anderson, one of the two leading roles in the play; the other one being Sidney Bruhl, played by Owen. Owen had been very helpful and encouraging towards Tim in his first leading professional role, and Tim had yet to learn that advice from a fellow actor is not always altruistically intended.

The Children of Monte Rosa

….'These are bound to amuse you,' said Mrs de Walter. 'All boys like you are amused by these.' Her insistence on my reaction was beginning to make me nervous.

At first I thought that the glass cases simply contained stuffed animals of the kind I had seen in museums, but when I was placed firmly in front of one I saw that this was not quite so. There were stuffed animals certainly, but they were all mice, rats, and other rodents, and they had been put into human postures and settings.

By this time we were on the road outside Television Centre, facing the White City tube station. I thanked him hurriedly and, in a reckless moment, hailed a taxi to take me home to Queen's Park. In the taxi I read the card. On it was his name, Nicky Beale, his address and telephone number, and, in bold red lettering, the following:

ALL ROUND CHILDREN'S ENTERTAINER

FOR THAT SPECIAL KIDS' PARTY —

Oliver recreates 1891 Soho, the world of a struggling writer trying to feed wife and child while creating his own works in the shadow of a more successful rival. Then he meets a Mr Honeyburn.

…. The translation took longer than he expected because of the irregular hours at which he undertook the task, and because the manuscript itself was a vile thing. He read in it what he had never read before and hoped would never read again, but he persisted. He was keeping his wife and child from poverty, and he hoped thereafter that Mr Honeyburn would reward him with some more congenial occupation for his talents.

The Road from Damascus

Anyone ever involved in the old Trotskyist politics will appreciate this story about the horrors of a group not unlike the UK Healyites; the group Oliver imagines even has two famous thespian cadre. Anyone who has ever done overnight security at a party office or headquarters will find the story particularly piquant, as I did.

…. A few weeks after the end of the run of The Good Woman of Setzuan, while we were doing the paste-up in the Red Worker office one night, Sonia approached me with that solicitous air that I had come to know and dread. She was going to ask me to make some great sacrifice for the Party. I knew also that, though it was Sonia who made it, the request originated from Ed. She had the ability to make any demand on one's time or energy seem like the conferring of a mysterious privilege; only in retrospect was it revealed as an imposition.

A young woman tries to get ahead in the world of 1980s advertising.

'But don't you see,' I said, 'it is precisely because he is so bland that he is perfect for it. He is nobody and everybody. He's a blank screen on which anyone can project themselves. Nobody is going to object to his personality, because he has none. Weetsheefs is the breakfast cereal for Everyman. You have just seen Everyman.'

Another tale of the acting trade, told raconteur-style.

'Now, then, Godders, what are we going to do about this cat business?' I looked blank. He said, 'Don't tell me you haven't noticed this damned cat which keeps following me around the theatre?'

Oliver gives us a great opening line in this story about mediumship.

I VISITED THE GRAVE of Norman Fand today, just to make sure he is still dead.

A composer joins a nighttime walking tour in the village where he is staying to do some writing.

….'Now what we do is this. At nine p.m. we're all meeting up at The Angel in Sternborough, where we park our cars and have a bite to eat. It's nothing special, but they do a perfectly acceptable lasagne, I'm told. By the time we've finished, it should be dark and the moon will be up, so we take the so-called "Smuggler's Path" — Watch the wall, my darling, while the Gentlemen go by! — up the River Sterne to Renhall. It should take a couple of hours, and we'll arrive at our destination, which is Renhall Church, at midnight. The witching hour, as they say!' She laughed, showing a mouth full of surprisingly large teeth. Max managed a smile. 'The church will be opened so we can sit down, and perhaps have ourselves a naughty nip or two of much-needed cherry brandy. Then we all assemble outside in the churchyard at Judy's grave. It being the first year we've done the walk without her, I've prevailed upon Dick to say a few well-chosen words. You haven't met Dick yet have you? He's our local vicar. Runs the three parishes of Renhall, Sternborough, and Winterswick. He's a non stipendiary, you know: you'll like him, very approachable. Used to be quite high up in Hazards, the merchant bank, apparently, so thankfully not one of those awful happy-clappys from Croydon or Bootle, or wherever. Then Dr. Bartleet, who has parked his camper van at the church earlier in the day, will drive us all back to our cars at The Angel, thus concluding the summer night's festivities!'

A found manuscript written by a theater historian shortly before his untimely death.

…. I was interested in these boxes particularly as I had discovered in my researches that one of them, the prompt side stage box, had, at the request of the original owner, been installed by Matcham with a speaking tube system by which means the box's occupant could be in contact with the stage manager in the prompt corner at stage level. This was one of the many innovative features of the Grand Pavilion, but it is, as far as I know, the only one unique to this particular theatre. The first proprietor, The Hon. Arthur Faversham, a minor poet and keen amateur of the theatre, something of a dilettante by all accounts, is said to have kept the box permanently reserved for his personal use, and to have maintained communication with staff and even performers by means of this device. Records show, however, that debts and some aftershocks of the scandal surrounding Wilde, with whose circle Faversham was associated, forced him to flee abroad in 1896. (We also find his name mentioned in papers relating to the Cleveland Street Scandal of 1889.) I was anxious to discover whether the management which bought the theatre from Faversham, Joel Abernethy Theatres Ltd, or subsequent owners had continued to make use of this facility.

Shades of the Prison House, a Novella

…. I see their faces, the one red and bloated, the other pale and wizened, not attached to people, but as images, symbols of the wickedness that has possessed them. They are not men: they are icons of envy and prurience, ready to be stuck up on a cathedral buttress. I know no more than they do about Rex and his agent or Roxanne, but they do not know this, and so I have power. In their greed they will devour anything I throw to them, because they have ceased to be anything but mouths to feed. I will give them what they want, which is an illusion, and in turn I will have what I want. As yet I have not decided what this is.

The End of History

An interesting foray into science fiction, mixed in with Greek mythology. 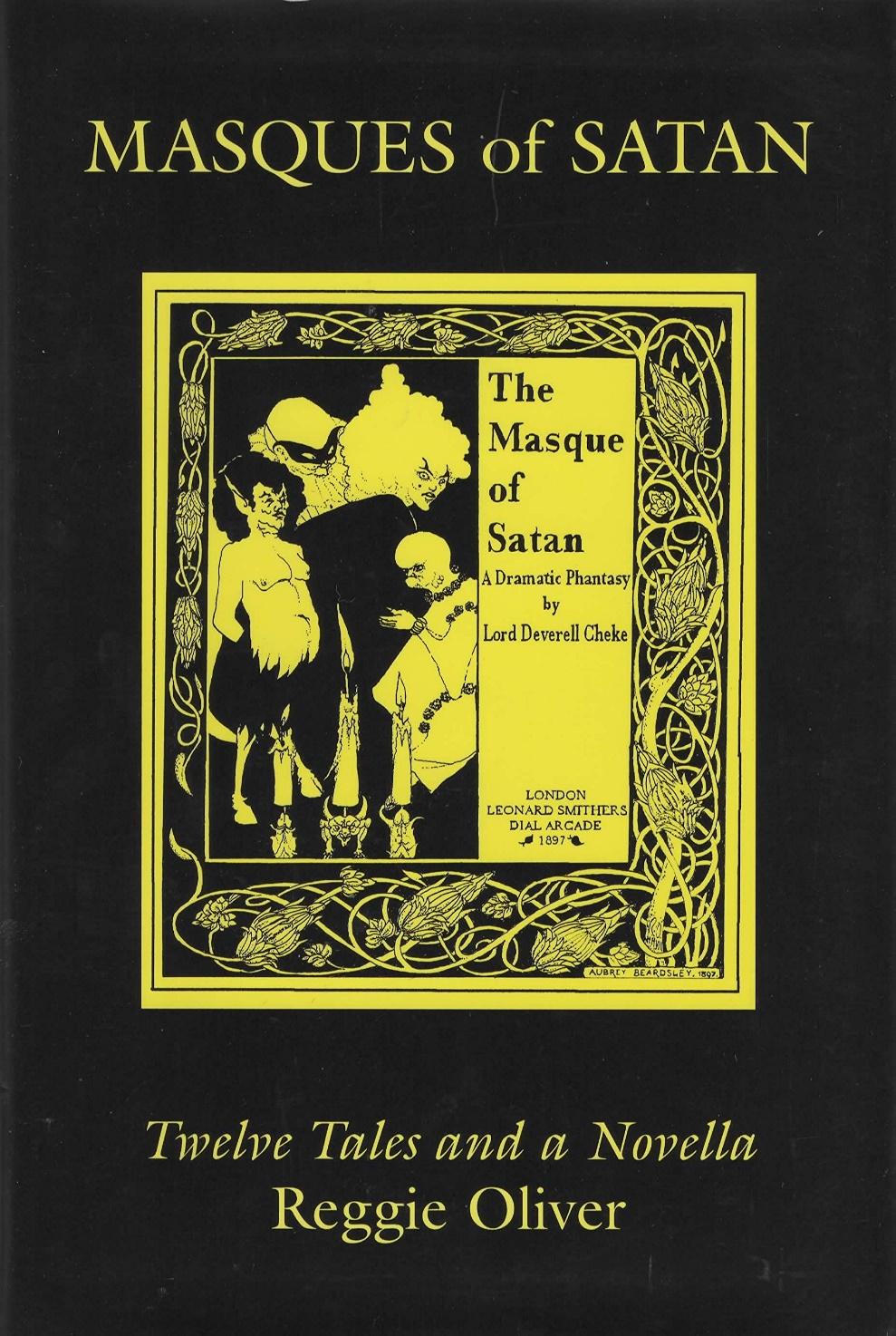 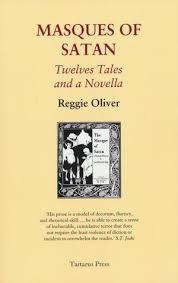 Posted by Jay Rothermel at 9:18 AM