A certain gusto: Herald of the Hidden and Other Stories by Mark Valentine

…. However placid woodland may look in the sunlight of day, it is always transformed by night. A deeper stillness seems to descend, and there are brittle, echoing sounds that strike at atavistic emotions inside us. That chill sliver of a cry may be no more than a nocturnal bird out hunting: the rustle in the undergrowth will be a woodland creature seeking shelter; things drop from trees in the daylight too; and yet as we stood in a grove at the end of a rough bridlepath, all these were given a keen edge, were intensified so as to play upon our wariness, our sense of trepidation.

Herald of the Hidden and Other Stories

Ralph Tyler, Valentine's sleuth, is not an "occult detective" as much as a mender-of-destinies.  No vampires are staked, no werewolves bludgeoned with silver-topped walking sticks, no demons exorcised. (The story "Herald of the Hidden" features recitation of a binding spell, but the note struck is oddly unconvincing. Tyler seems the kind of man who would be perfectly happy to let the ancient beasts of Britain roam an area of outstanding natural beauty and tourists be-damned).

Ralph is concerned with understanding the strange phenomena his clients confront, so there is a lot of archival research.  In the end, he expects the experiencer to rise to the occasion of their involvement. If they cannot be reconciled to it, or at least accommodate it as a new part of their lives, it's not his problem to solve.

Not the way a Duke De Richleau approached things, but the stories are better for it.

…. the tales do have a certain gusto, almost a fierceness. There's a real sense of a younger author trying to put a lot of intensity into their work.

….'I am sorry,' returned Ralph, 'I may sound like an outsider interfering. I realise the Trust must be careful to preserve the sanctity of the church and is anxious not to compromise its own credibility. But I do not believe vandals have been anywhere near this church in the manner which has been suggested. This means either that your contractors are less than competent and have caused the damage themselves, or . . .' Ralph paused significantly. 'Or is there another explanation?'

'So the old Folly was a game hut then?' asked Ralph, quietly.

She looked puzzled. 'Why, yes. Ever since anyone knew, it was that.'

We took our leave shortly after, with profuse thanks and civilities, and made our way back to the Hall, taking a short cut through a wicket gate at one extremity of its grounds.

'Well?' I asked, as we strolled across the pastures.

'Interesting,' returned Ralph. 'You will not be surprised to hear that I intend to spend a further night in the Folly—your attendance is optional of course.'

'I come to you, Mr Tyler, because your activities have been talked about, and I believe I can rely upon you to advise me with discretion upon a most perplexing experience. There is no appropriate official body who would have responsibility for such a problem—perhaps there should be. No matter. I am a retired civil engineer, and I am a practical man, and I do not wish to fritter away my maturer years without aim: so, amongst other public duties, I have involved myself with the Civic Society. In fact, I am its Chairman. We have been concerned of late to draw more popular attention to the town and its great history. We are a backwater, Mr Tyler: Other places of considerably less significance are treated as shrines, whilst we are totally ignored. And yet parliaments were held here, crucial treaties negotiated here, and kings and barons and archbishops have all known our ancient streets. . . . But I digress. Amongst several schemes for developing this potential, the one which has achieved most acclaim, to speak without false modesty, since the idea is mine, is the erection of a viewing tower on Madberry Hill….

….'As I peered, hesitating, I caught sight of a flicker of flesh in the dim distance, as if a face had appeared briefly, then been hidden again. I took a few more faltering steps. And then the same image, only greatly multiplied, splashes of face as it were, emerging, hovering, disappearing all along the lane ahead, like masks hung on the bushes. Well, then I must have been rooted to the spot in morbid fascination. Telling it to you now, I can see normally I'd have run like hell. Something held me there, I suppose it was sheer fright.

'It was pretty clear to me from the start that Morrison had chosen his retirement cottage with a purpose in mind. The village is insignificant and has few amenities, so you'd hardly go there at random. Anyway, the name of his home gave it away—Chrysalis Cottage indeed: obviously he intended to turn out some new work which would emerge from the cocoon of his obscure home. The vicar told us as much.

'You'd think,' I pointed out, 'that in a closed-off sort of community like that, a funeral of one of their number might be a major event. They'd all put on their sombre suits and have a jolly good day of it. Instead of which . . . nothing.'

Ralph shrugged. 'Well, perhaps they thought a funeral was inappropriate.'

'This thing, whatever it was, looming out of the mist: it walked as we do; but it seemed as if it had horns.'

Herald of the Hidden

'No. I've put these together from clues scattered across the centuries. From the beginning of the first clandestine presses in the early seventeenth century, to now. They all describe different things, according to how the people of the time interpreted them. Just after the Civil War, they thought the end of the world was just around the corner. So omens and prodigies were much in the air. There's a bare record, in a list of these, that a fiery serpent had been glimpsed in Solsey. Or, take this incident in Edwardian times: some picknickers say they've seen fairy lanterns hovering above a glade in the forest: they think there's some sort of fête going on, but when they try to make their way to it, there's nothing. But they do report a feeling of being observed, and say they did not like to linger there. In our day, as you see, it's flying saucers that are thought to be the cause. But if you look at the reports carefully, they are all in essence saying the same thing. There are lights, often a couple together, at night in the forest.'

'Anyway, we're both very busy, so I'll give you your brief. What I want is the story behind this. I don't mind telling you it won't worry me unduly if the place is haunted. Adds to the atmosphere a lot. It can all go in the brochure. But firstly, of course, I need to be sure it's not going to turn into anything unpleasant—if that were possible. Don't want to frighten people away. And secondly there ought to be a good yarn behind it all. It's too vague at the moment. So, see what you can turn up. I'm not asking you to invent, of course, Ralph, but naturally you'll have to hypothesise a bit. Whatever fits the facts. I see you have plenty of other genuine cases to draw on. . . .'

'In his house, he had all the days thoroughly docketed, organised, described. But here was a suggestion that there was a day that had eluded him—the "other" day. Of course, it's just a turn of speech, and your author meant his whimsical idea facetiously: but I suggest that wasn't how it seemed in this house. And indeed, there are faint myths about the idea of a hidden day, where the most extraordinary things can happen. It's mentioned, for example, in a de Quincey essay, and hinted at in a George MacDonald fable. And I know Amroth has copies of both those, and had probably quite recently consulted them.

The Guardians of the Guest Room

His partner was the Giver, the affable, munificent treasurer whose coffers seemed ever open, who spoke disparagingly of tedious paperwork, and asked for his victim's signatures casually, just as an afterthought, 'to make things legal, you know'. And he—he was the Taker. He it was who pounced when the time was ripe, waving the papers that had seemed so innocuous, making demands that could not be met, speaking with badly disguised relish of 'resorting to the courts', of ruin and disgrace.

Go to the West

The vulgar called it the Philosopher's Stone, and imagined it a treasure-trove talisman that could transmute base metals to precious. Such a property it certainly possessed, and that was in itself no doubt rather useful; but that, too, was a trick, a sparkling bauble to distract, a trap for the viciously greedy. No, Bacon knew the Stone's real essence was of far greater worth: it could bestow blissful immortality.

Bursting out from a hideaway to a slight clearing, two of the children halted abruptly to see an alien in their midst. Seated on the fallen trunk of an old tree, there was a rather old man, and he was unlike any adult they had ever seen before—scruffy, smelly, with very funny clothes and uncombed hair. He grinned at them. The youngsters looked at each other, then back at the stranger, warily.

….None of them had heard his exhortations, or even, for that matter, observed his presence. Of course, they could have been entranced by the course of the game, but it seemed odd that the words which had so stirred us out at the wicket, had not also been discerned on the pavilion boundary. We tackled our team captain on the matter.

….He approached the wooden chest where the candles towered like bizarre beacons guarding a land of dreams. He was very contented with this uncharacteristic acquisition. Craning forward towards one, he blew gently at the little peak of flame. It swayed, but it did not go out. He puffed with more vigour. It flickered, but it still burnt on. He tried a sustained blast from his pale, puckered lips. It writhed—but it righted itself again. He became irritated, and turned his attention to the companion piece. Exactly the same process occurred. It was very frustrating. With an impatient sigh, he dampened the tips of his thumb and forefinger and pinched the wick of each one, first fleetingly, then with sustained pressure, so that his flesh was singed and sore. The flames gleamed undaunted. Several further attempts to suppress the leaves of fire were equally ineffectual.

….it is hard to tell these apart from the natural erosions made by the encroachments of lichen or sockets of rain-water, or the wind-scourings of years. But to the expert the ancient and artificial signs are sufficiently distinguishable. I am not such an expert, but I have read the books of those who are, and also their theories about what they were for and how they were made. None of these struck me as entirely satisfactory. 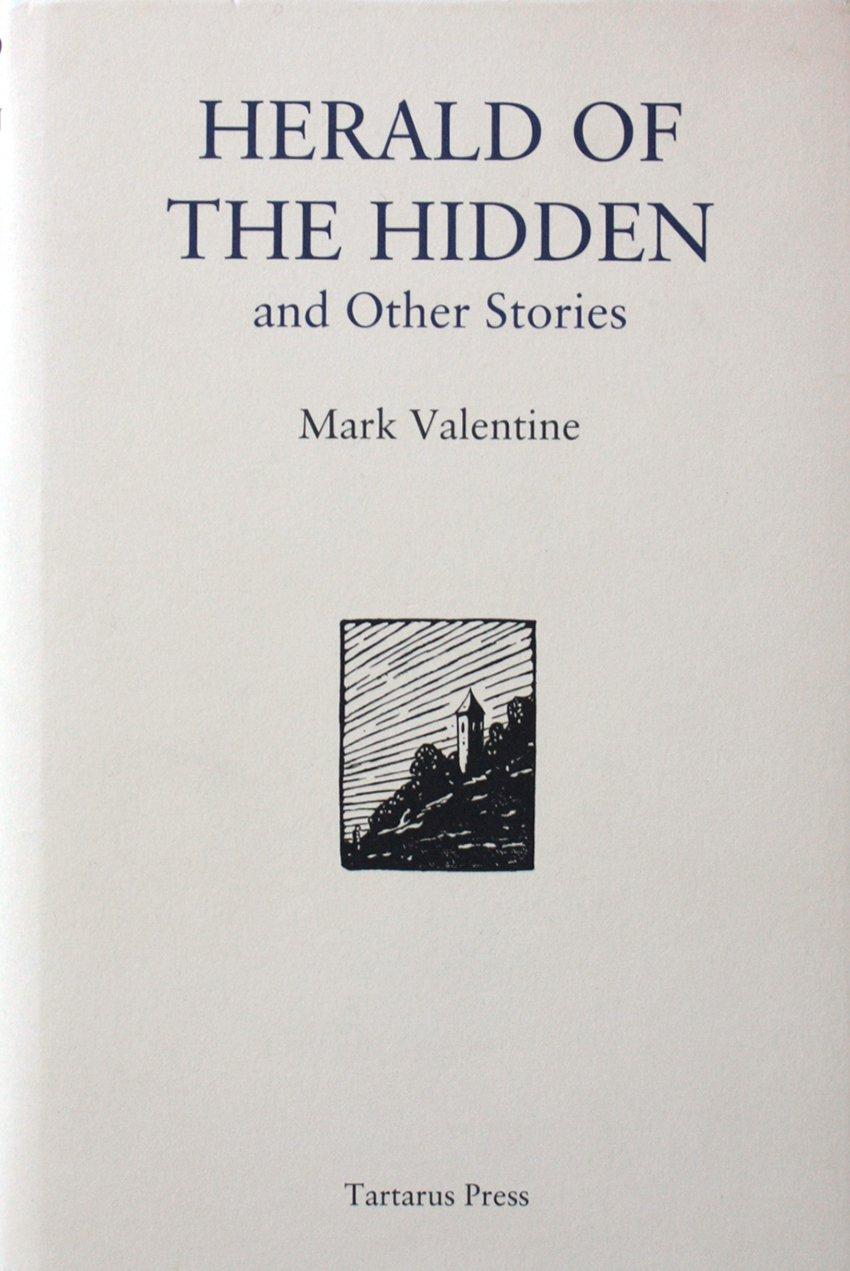 Posted by Jay Rothermel at 7:50 AM