Reading: PARDON THIS INTRUSION Fantastika in the World Storm

PARDON THIS INTRUSION Fantastika in the World Storm JOHN CLUTE

....We are so accustomed – as writers and editors and readers and critics – to studying and critiquing genre against an incessant flow of disparagement from the humanities industry that we sometimes ignore the obvious: that 90% of fantastika is indeed crap; that its grasp of the world can seem palpably and culpably naive

....a critique of some of the precepts of interstitiality might focus on a sense that there are in fact no longer any real battlements to ride. The walls against which we have ricocheted our interstitial craft are fatally cavitated.

....The genres are too old, and they have interjaculated all too promiscuously in recent years, for us, any longer, to derive from them rules to obey – much less rules worth breaking.

FANTASTIKA IN THE WORLD STORM

Keynote address for Cultural Landscapes/Fiction Without Borders Conference , hosted by the Centre for the Future, Prague, 20 Sept 2007. Revised for publication. Here further revised .

....Horror (or Terror) is the most relevant of the three genres when it comes to adumbrating the dilemmas we face in 2007: because Horror is about our resistance to the truth: a resistance which lasts until we are left naked in the real world: which is where the story ends.

....Fantastika consists of that wide range of fictional works whose contents are understood to be fantastic.

....fault line was drawn between mimetic work, which accorded with the rational Enlightenment values then beginning to dominate, and the great cauldron of irrational myth and story, which we now claimed to have outgrown, and which was now deemed primarily suitable for children (the concept of childhood having been invented around this time as a disposal unit

into which abandoned versions of human nature could be dumped).

....This cleansing of the cauldron led of course to huge misprisions of the past.

the deliberate concealment of one's knowledge of a treasonable act or a felony.

....not only Sigmund Freud who tells us that what is repressed will come back; the ancient tale of Antaeus, who returns redoubled in strength each time Heracles casts him to the Earth, says much the same thing.

....Before the end of the eighteenth century, stories begin to surface that consciously subvert the ordered world above; that contradict the closed mundanity of the work produced during the Apollonian Ascendancy; that manifestly represent the world as consisting of more than the dressage of proper measure.

....The Castle of Otranto ( 1764 ) is the first mature British Gothic – was obviously aware that he had created something new, a feverish scherzo of a text far more interesting than most of the Gothic novels which borrowed his deftly cartoonish apprehensions about the past as remora, the fascination he felt at the contemplation of the new discovered category of the Ruin, and his sense of the quite extraordinary precariousness of the civilized world: family, religion, tradition, hierarchy, authority: no one in the novel who speaks for the established world order – no priest, no sage, no father – can be trusted.

....the overlapping categories which together make up the centipedal super-category which I'll continue to call Terror whenever possible – and which arguably incorporate the Gothic, German märchen, the supernatural tale, the ghost story, the weird tale, the strange tale, dark fantasy, some slipstream, the New Gothic, the New Weird, and even some of the waif biota that twenty-first century "interstitialists" hope to gather under their wing – the essential turn of mind and story is to uncover the true face of the world, to exudate the melodrama of the world. (In the end, of course, it is chicken and egg: since Time began to roll, just before Napoleon, it might be just as possible to say that the world has been acting like fantastika.) The difficulty and fustian of much horror/terror literature derives, I think, not from literary incompetence, but from some attempt to create a Body English of the tormented confusion of that changing world.

The Shape of Things to Come by H G Wells Introduction for Penguin Modern Classics in 2004. Here revised.

....From the beginning of his career, a convulsive doubleness of thought and imagination and affect governed the lines of his fiction, created deep fault lines in the presentation of his thoughts, dividing the world not only into the Is and the Should Be, but also into the Loved and the Despised. The first divide is simple: Wells was deeply impatient about engaging himself in any detail-work involved in describing the transition from the muddle of the present world to the sanserif hygiene of the desired Utopia; and his tales can indeed seem evasively convulsive when they reach the point of change. In a book like In the Days of the Comet ( 1906 ), for instance, when it becomes necessary for a new order to supervene, he simply reverts to magic: an exhalation of "air" from a passing comet transforms everyone halfway through the tale; and the muddle dissolves like the passing of a dream, and the world is clean.

The second convulsiveness is perhaps less easy to put. It is certain that Wells, who famously smelled like honey, knew and loved the world, and in novels like Mr Poll y ( 1910 ) superbly celebrated that world in all its "muddle" and incoherence. But it's also clear that he hated the world that so drew him, hated the congested filthy tangle of South-East England where he had been born to servants, the class-entangled England he destroyed more than once in his Romances, and which he dismissed, contemptuously, in his social tracts. With the exception of the Prig Novels, which are now close to unreadable, Wells only rarely permitted himself to inhabit an inherently mundane world, one that offered some resistance to the power of thought. The unusual, chastened adultness of Mr Blettsworthy on Rampole Island is touchingly revealed when Blettsworthy, after learning that human beings are Yahoos, witnesses then no magic transformation of our species, and remains trapped in the midst of us, and the First World War begins. But this restraint is rare. The Whig voice that hardens the first 200 pages of his Land Ironclad of 1933 is perhaps a necessary posture of thought for Wells, an ageing man caught between two dreadful wars. It is a proclamation of inevitable change cast in the face of a world seemingly destined never to learn how to cleanse itself. But it solves nothing. To speak of the inevitability of a World State in The Shape of Things to Come (where in fact a magic plague is needed before it can leap into being ) is, in a sense, to become incompetent with rage.

....The simple fact is that, after 200 pages of The Shape of Things to Come , chaos and muddle rule, and Wells is unable to make storyable his claim that the World State was seeded in the world of 1933, in the transfiguring intellections of his samurai.

....Many novels of disaster appeared in Britain in the 1920s and 1930s – notable titles include S Fowler Wright's recently republished Deluge ( 1927 ), and The World Ends ( 1937 ) by Storm Jameson writing as William Lamb – but The Shape of Things to Come may be unique in its lack of any expression of regret at the passing of the old world, the absence throughout its vast length of any sense that what was proclaimed to be disposable was worth an expenditure of love. A single example points the quite extraordinary contrast between Wells and his contemporaries. Though John Buchan would be nobody's first choice as a politically unengaged aesthete – he died in 1940 while still serving as Governor-General of Canada – he expressed.... 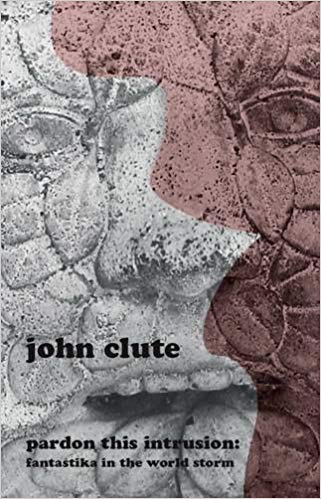 Posted by Jay Rothermel at 9:05 AM