Lovecraft begins "The Horror at Red Hook" [1925] with this epigram from Machen:

"There are sacraments of evil as well as of good about us, and we live and move to my belief in an unknown world, a place where there are caves and shadows and dwellers in twilight. It is possible that man may sometimes return on the track of evolution, and it is my belief that an awful lore is not yet dead."

Those lines are from Machen's 1895 story "The Red Hand."  It is a Dyson story, a London adventure in which a murder with a flint knife is unraveled by Dyson, with assistance (or at least attendance) from his duller friend Phillipps.

That story begins with a wager between Dyson and Phillipps:

....'I have some respect, Dyson, for your literary abilities, but your knowledge of ethnology is insignificant, or rather non-existent. These fish-hooks satisfy every test; they are perfectly genuine.'

'Possibly, but as I said just now, you go to work at the wrong end. You neglect the opportunities that confront you and await you, obvious, at every corner; you positively shrink from the chance of encountering primitive man in this whirling and mysterious city, and you pass the weary hours in your agreeable retirement of Red Lion Square fumbling with bits of flint, which are, as I said, in all probability, rank forgeries.'

....'I wish, Phillipps, you would not rationalize my remarks. If, I recollect the phrases correctly, I hinted that you shrank from the chance of encountering primitive man in this whirling and mysterious city, and I meant exactly what I said. Who can limit the age of survival? The troglodyte and the lake-dweller, perhaps representatives of yet darker races, may very probably be lurking in our midst, rubbing shoulders with frock-coated and finely draped humanity, ravening like wolves at heart and boiling with the foul passions of the swamp and the black cave. Now and then as I walk in Holborn or Fleet Street I see a face which I pronounce abhorred, and yet I could not give a reason for the thrill of loathing that stirs within me.'

'My dear Dyson, I refuse to enter myself in your literary "trying-on" department. I know that survivals do exist, but all things have a limit, and your speculations are absurd. You must catch me your troglodyte before I will believe in him.'

All of which is prelude to their mystery, and to the lines used by Lovecraft to kick-off "The Horror of Red Hook."

Dyson solves his case by leveraging his knowledge of London, and of probability.

"Red Hook" is set up by Lovecraft from the start as a mystery: why would a vacationing police detective walking through a peaceful Rhode Island village have a breakdown at the sight of brick buildings?

Irish-American poet and NYC police detective Thomas F. Malone ended-up buried alive under some old and crumbling brick houses in Red Hook, Brooklyn, at the climax of an investigation of cult and criminal activities related to the actions of Robert Suydam. Suydam was the penniless scion of an Old Dutch family. He "crossed-over" into the lumpen world of criminal gangs of immigrant Lilith-worshippers.

The punch-line at the end of "The Red Hand" is delivered by poor Selby when he makes a last visit to Dyson's rooms:

'Comfortably,' Selby went on, constraining himself with an effort, 'yes, so comfortably that hell burns hot within me for ever. I only brought one thing away from that awful house within the hills; it was lying just beyond the spot where I found the flint knife.'

'Why did you not bring more?'

The whole bodily frame of the wretched man visibly shrank and wasted; his face grew yellow as tallow, and the sweat dropped from his brows. The spectacle was both revolting and terrible, and when the voice came it sounded like the hissing of a snake.

'Because the keepers are still there, and I saw them, and because of this,' and he pulled out a small piece of curious gold-work and held it up.

Phillipps and Dyson cried out together in horror at the revolting obscenity of the thing.

Malone's final experiences below the basements of Suydam's Red Hook bolt-hole houses - which a psychiatrist later writes-off as a dream – are delivered more graphically than poor Selby's, but I'm sure if the two compared notes the PTSD would be the same.

..... Somewhere dark sticky water was lapping at onyx piers, and once the shivery tinkle of raucous little bells pealed out to greet the insane titter of a naked phosphorescent thing which swam into sight, scrambled ashore, and climbed up to squat leeringly on a carved golden pedestal in the background.

....Suddenly a ray of physical light shot through these phantasms, and Malone heard the sound of oars amidst the blasphemies of things that should be dead. A boat with a lantern in its prow darted into sight, made fast to an iron ring in the slimy stone pier, and vomited forth several dark men bearing a long burden swathed in bedding. They took it to the naked phosphorescent thing on the carved golden pedestal, and the thing tittered and pawed at the bedding. Then they unswathed it, and propped upright before the pedestal the gangrenous corpse of a corpulent old man with stubbly beard and unkempt white hair. The phosphorescent thing tittered again, and the men produced bottles from their pockets and anointed its feet with red, whilst they afterward gave the bottles to the thing to drink from.

All at once, from an arcaded avenue leading endlessly away, there came the daemoniac rattle and wheeze of a blasphemous organ, choking and rumbling out the mockeries of hell in a cracked, sardonic bass. In an instant every moving entity was electrified; and forming at once into a ceremonial procession, the nightmare horde slithered away in quest of the sound—goat, satyr, and Ægypan, incubus, succuba and lemur, twisted toad and shapeless elemental, dog-faced howler and silent strutter in darkness—all led by the abominable naked phosphorescent thing that had squatted on the carved golden throne, and that now strode insolently bearing in its arms the glassy-eyed corpse of the corpulent old man. The strange dark men danced in the rear, and the whole column skipped and leaped with Dionysiac fury. Malone staggered after them a few steps, delirious and hazy, and doubtful of his place in this or in any world. Then he turned, faltered, and sank down on the cold damp stone, gasping and shivering as the daemon organ croaked on, and the howling and drumming and tinkling of the mad procession grew fainter and fainter.

Vaguely he was conscious of chanted horrors and shocking croakings afar off. Now and then a wail or whine of ceremonial devotion would float to him through the black arcade, whilst eventually there rose the dreadful Greek incantation whose text he had read above the pulpit of that dance-hall church.

"O friend and companion of night, thou who rejoicest in the baying of dogs (here a hideous howl bust forth) and spilt blood (here nameless sounds vied with morbid shriekings) who wanderest in the midst of shades among the tombs, (here a whistling sigh occurred) who longest for blood and bringest terror to mortals, (short, sharp cries from myriad throats) Gorgo, (repeated as response) Mormo, (repeated with ecstasy) thousand-faced moon, (sighs and flute notes) look favourably on our sacrifices!"

As the chant closed, a general shout went up, and hissing sounds nearly drowned the croaking of the cracked bass organ. Then a gasp as from many throats, and a babel of barked and bleated words—"Lilith, Great Lilith, behold the Bridegroom!" More cries, a clamour of rioting, and the sharp, clicking footfalls of a running figure. The footfalls approached, and Malone raised himself to his elbow to look.

The luminosity of the crypt, lately diminished, had now slightly increased; and in that devil-light there appeared the fleeing form of that which should not flee or feel or breathe—the glassy-eyed, gangrenous corpse of the corpulent old man, now needing no support, but animated by some infernal sorcery of the rite just closed. After it raced the naked, tittering, phosphorescent thing that belonged on the carven pedestal, and still farther behind panted the dark men, and all the dread crew of sentient loathsomenesses. The corpse was gaining on its pursuers, and seemed bent on a definite object, straining with every rotting muscle toward the carved golden pedestal, whose necromantic importance was evidently so great. Another moment and it had reached its goal, whilst the trailing throng laboured on with more frantic speed. But they were too late, for in one final spurt of strength which ripped tendon from tendon and sent its noisome bulk floundering to the floor in a state of jellyish dissolution, the staring corpse which had been Robert Suydam achieved its object and its triumph....

Lovecraft is clearly interested in the same survivals that Machen wrote about in many of his tales.  "The Horror at Red Hook" would be an excellent example of this, to be read with profit and interest despite its pot-boiling style.  Were it not so deeply imbued with Lovecraft's conscious use of racist vocabulary about immigrants and other avatars of what he saw as social degeneration.  [Joshi covers the whole issue, from story genesis to controversy, in I Am Providence.]

For that reason, although I enjoyed "Red Hook," it will exist politically under a shadow forever. 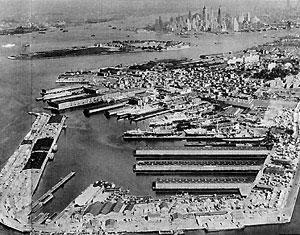 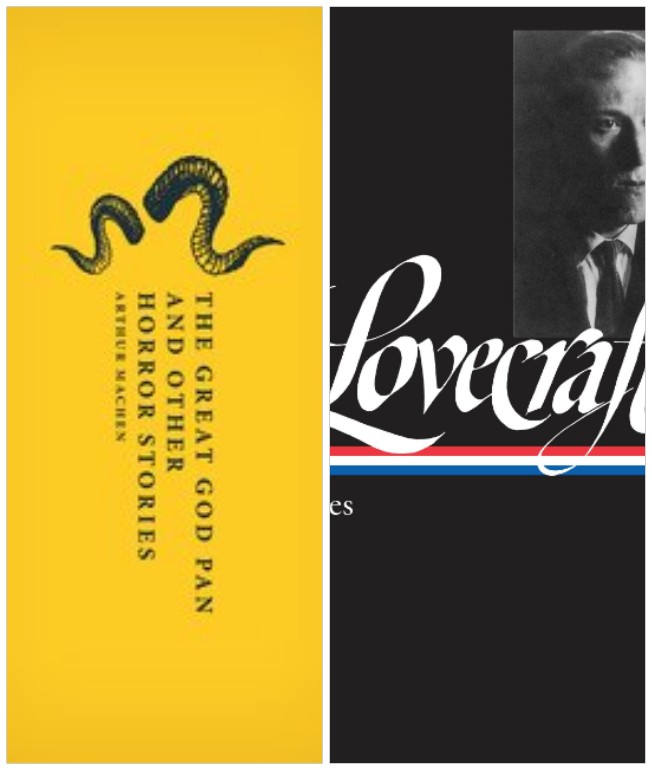 Posted by Jay Rothermel at 3:06 PM