Michael Shea: An initial encounter with the short fiction

POLYPHEMUS
Was Shea considered New Wave?  Perhaps he came later. My ignorance of science fiction is almost complete, but "Polyphemus" strikes me as a compelling example of Hard SF flowing not from math or engineering, but from the biological sciences.  It is a skilled work of world-building, as well, where th society's back-story must be inferred by careful ready and is not handled with an info-dump. It is also a first-rate problem-solving adventure/frontier story.


THE ANGEL OF DEATH
Here is a perfectly and aesthetically satisfyingly fiction. Shea's style, his own but on a par in craft and authority with Flaubert and Conrad, is deployed in a masterful depiction of the meeting between an an alien conducting a field study and a Son of Sam-type serial killer. Pacing and scene-building are carefully executed, the protagonists modstly rounded.


UNCLE TUGGS
An uproarious piece of supernatural revenge slapstick, recounting one of those days when nothing goes right and we wonder whose side the gods are really on.  Here they are on the side of the wronged, though the laborer through whom they act probably has a different opinion now.


THE PEARLS OF THE VAMPIRE QUEEN
Swords and sorcery told deftly with gusto.
....She knelt beside him, and her face was taut, refined by a tension of icy love, made younger before our eyes by her passionate anticipation. She lowered her face—worshipfully, kissing—to the muscled juncture of his neck and shoulder. And then there was a crisp, liquid sound of horrible distinctness, her hands clutched his shoulders, and the King's body rose and convulsed upon the stone with the raw, coiling power of a speared eel.


THE HORROR ON THE #33
Shea is at his best when he conveys the economic dead-end choices thrust upon the marginalized who have fallen off the bottom rung of the ladder. It doesn't take much else to illuminate the horror of such a trap.
....A person without experience of the wino perspective could easily miss the peculiar dismalness of Knavle's position. He and his caste inhabit the waste corners of the world and have therefore the least power to hide of any class of men. Only a man who possesses things has any power to rearrange his life, to avoid or defend; as for the resolutely destitute, they are already clinging to crannies and last possibilities. There are only so many places to sleep for free, or to get a morning's work distributing supermarket advertisers, and to these places Knavle had to go.


THE EXTRA
"The Extra" is a slangy, impressionistic story of an atomized market future where individual barbarians combat corporate barbarians in the context of going to work.  Each is looking out for number one; there previous little gentility and even smaller space for sentiment.


THE AUTOPSY
Doctor Winters, our pathologist, carries a fellow traveler in his body: the cancer that will kill him.  Joe Allen, a footloose laborer killed in a mine explosion, hosts a different kind of traveler in his body. Shea makes of this conflict a masterpiece of speculative horror, a tale whose canonical status has been acknowledged for several decades now. Shea's surgical brevity in handling such a rich situation is admirable.
....the doctor had glimpses of the racial history that underlay the aliens' predatory present. Glimpses of a dispassionate, inquiring breed so advanced in the analysis of its own mental fabric that, through scientific commitment and genetic self-sculpting, it had come to embody its own model of perfected consciousness. It had grown streamlined to permit its entry of other beings and its direct acquisition of their experiential worlds. All strictest scholarship at first, until their matured in the disembodied scholars their long-germinal and now blazing, jealous hatred for all 'lesser' minds rooted and clothed in the soil and sunlight of solid particular worlds. The parasite spoke of the 'cerebral music,' the 'symphonies of agonised paradox' that were its invasion's chief plunder. The doctor felt the truth behind this grandiloquence: the parasite's actual harvest from the systematic violation of encoffined personalities was the experience of a barren supremacy of means over lives more primitive, perhaps, but vastly wealthier in the vividness and passionate concern with which life for them was imbued. 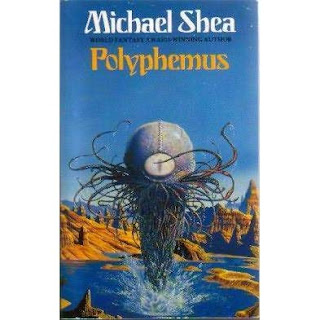 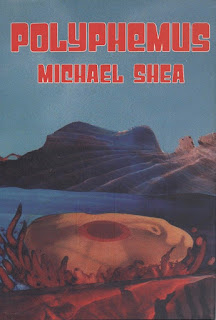 Posted by Jay Rothermel at 7:12 AM