This story is executed with the elan of an S.J. Perelman. The jocose understatement, the unreliability of the narrator, and all the hidden ghastliness of the joke, are unchallengeable. Our perfectly sane and reasonable protagonist never sees the punch line: he is the monster. And a very thorough one; like the narrator of "The Horla," who forgot to get his servants out of the house before he burned it to the ground.

A tale of time travel, car salesmanship, and sibling rivalry paced to outstrip the Keystone Kops.

Fill It With Regular

....Gasoline and some municipal supplies of natural gas were thought to be its initial vector, at least in California and others of the heaviest-hit states. The mechanisms of its continuing diffusion were no mystery. The fungus's omniperipheral advance, by mycelial branching, was incredibly rapid in itself, of course, through any food matrix. But with the combustion of that matrix, the mycelium it contained underwent a fusion and a heat-triggered concentration of genetic material, and resolved itself into a gust of exceedingly small and numerous spores. Hence the roadways were only the first of many zones that those first vectors had seeded, since most of a tail pipe's tillage went aloft to haunt the troposphere. There was the real scope of this thing, and it made Ken shiver slightly, imagining that global microsnow, that sooty seed like a gauze-fine, wide-flung shroud settling right now — softly, softly — down upon them all. What could anybody do but drive out to business as usual through this awesome newness that had been laid upon the world?

A reproductive rights dystopia told in the language of dream fever, giving us the tip of a poisoned alp that rides just below the surface.

....The doctor's fingers were wedged in the os now, gripping the hair plug. Briefly, Lupe's womb seemed to recoil, to be at tug-of-war with him, and then it surrendered with a peristaltic shudder, and the slick mass of their second-born was uprooted — the crooked black legs, bunched like bananas below the bristly abdominal bulb, plucked free. The doctor carried it to the troopers' cart.

One of them opened the glass box's trap, and the doctor eased it through. It poured off his cupped palms and scuttled around its bright, warm crib, pedipalps caressing the glass, so brisk and fully expert in its life's first moments.

For Every Tatter in Its Mortal Dress

An atypical and abstract fantasy along the lines of Borges or Kafka, in which one stranger's self-imposed suffering inflicts itself on another.

A man makes his own god and calls it forth in Northern California wine country. A faultless tale, unerringly executed.

.....All living things were dangerous miracles. Each tree brimmed with majesty as it wore the light, and the wind moved through it, but anything that lived could blow up in your face. And if you did win your own immortality, then you must live it in the web of these mortal lives, and you must endure all of their deaths, death after death after death. And if the beauty of it all – fields farms trees skies suns stars – was almost unendurable now, must not immortality itself kill you if you did attain it? Kill you with all that excruciating beauty?

A man makes his own god by accumulating illegally dumped toxic waste in an abandoned mineshaft near Richmond, California.  Shea is a master dramatizing each character through suggestive initial bits of activity before the main course. He has the skill and the confidence to switch through multiple characters, giving his short stories and novellas the breadth and heft of novel.

...."You gotta meet my Auntie some day," Alex said, scanning that view. "She's like half Miwok or something. Anyway she told me this mountain Chip's mine is in was like a Spirit Place—like where you go to fast and have visions? Go to like, face your demons and stuff."

"Spirits! Rad. I wish there was something cool like that about it. That would be something, but I think what these guys are doing up here is just plain old creepy and criminal."

"Yeah, but we don't really know that, not for sure. Anyway, we're definitely good and late now. Maybe he's just gonna fire us. When Chip said get back on time, he put a lot into it." 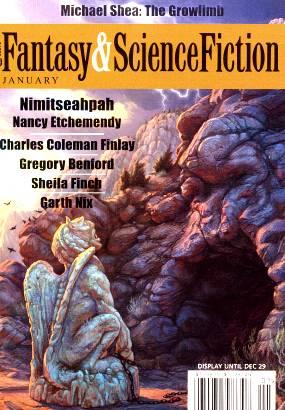 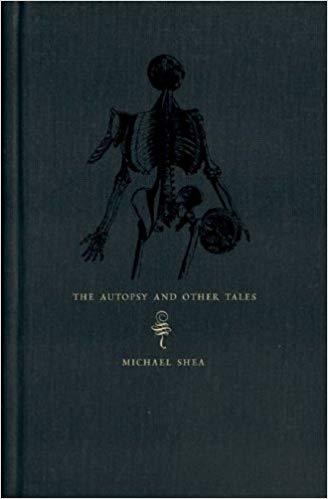 Posted by Jay Rothermel at 9:49 AM