Reading notes: 13 Stories from The Weird: A Compendium of Strange and Dark Stories, edited by Ann and Jeff VanderMeer [2012: Tor].

I spent Easter Monday reading some stories from the anthology The Weird: A Compendium of Strange and Dark Stories, edited by Ann and Jeff VanderMeer [2012: Tor].

A splendidly brief and outre encounter experienced by two Klondike prospectors in the Arctic.

'What is he? Where did he come from?' said Anderson. 'Look, he's fast asleep – yet even in his sleep his arms try to climb and his feet draw themselves up one after the other! And his knees – how in God's name was he ever able to move on them?'

An attempt to out-Poe Poe.

....According to an apprentice who had lived with him for a long time, one day a spirit was spouting a terrible oracle from the mouth of the famous medium of Higaki. Yoshihide, turning a deaf ear to the oracle, took the brush and ink he always carried and painted the medium's frightening face. Our painter deemed the eventuality of being cursed by a spirit as serious as a child's play.

A brilliant conceit of scientific romance deflated by rationalized ending.

....the whole room was alive with other creatures than that. Everywhere I looked they were – centipedish things, with yard-long bodies, detestable, furry spiders that lurked in shadows, and sausage-shaped translucent horrors that moved – and floated through the air. They dived – here and there between me and the light, and I could see its bright greenness through their greenish bodies.

....Authors must all be filthy-minded; they probably wrote what they dared not express in their lives. Stevenson had said that literature was a morbid secretion; he read Stevenson again to discover his peculiar morbidity, and detected in his essays a self-pity masquerading as courage, and in Treasure Island an invalid's sickly attraction to brutality.

....The water had taken on a strange appearance that I had never seen before in all my twenty years at sea. It had oddly colored streaks, and it sometimes bubbled suddenly and loudly; unknown sounds, something like laughter, would burst from a rapidly approaching wave and make the men look around in alarm.

Brilliantly conceived and executed, reminiscent of Bierce and De Maupassant.

....Dear God, what was it? There was a presence in the house, a suffering, wounded presence that was seeking help. I did not know whether Meta was aware of it or not. She was more taciturn than ever, but she barricaded the doors and windows in a way that seemed designed more to prevent an escape than an intrusion. My life had become a fearful solitude. Meta herself was like a sneering specter.

A very pleasant surprise from a writer whose cloud-cuckoo fantasies I normally dislike due to their amateurishly ornate tone. But in this tale Smith keeps himself nicely in check, and achieves with welcome modesty some very eerie effects. Recalls David Morrell's story "Orange Is for Anguish, Blue for Insanity."

'I'm not much of a believer in spooks,' observed Amberville, who seemed to have taken my suggestion of haunting in a literal sense. 'Whatever the influence is, it's hardly of human origin. Come to think of it, though, I received a very silly impression once or twice – the idea that someone was watching me while I did those drawings. Queer – I had almost forgotten that, till you brought up the possibility of haunting. I seemed to see him out of the tail of my eye, just beyond the radius that I was putting into the picture: a dilapidated old scoundrel with dirty gray whiskers and an evil scowl. It's odd, too, that I should have gotten such a definite conception of him, without ever seeing him squarely. I thought it was a tramp who had strayed into the meadow bottom. But when I turned to give him a level glance, he simply wasn't there. It was as if he melted into the miry ground, the cattails, the sedges.'

As with the fiction of Aickman, and some pieces by Campbell, a strange and arbitrarily narrated tale; we seem to have a growing number of them nowadays, but this is an early and well-wrought example.

But suddenly, at the moment when at last he lay beside her, when his lips were almost upon hers – he hesitated.

….A man was in the cell. On all fours, circling like a beast, his head thrown back, a man. The moonlight showed his face. It cannot be described – not, at least, by me. A man past death might look like this, a victim of the Inquisition rack, the stake, the pincers: not a human in the third decade of the twentieth century, surely. I had never seen such suffering within two eyes, such lost, mad suffering. Naked, he crawled about the dirt, cried, leaped up to his feet and clawed the hard stone walls in fury.

"The Other Side of the Mountain," 1967, Michel Bernanos

This tale begins as a recapitulation of some of Hodgson's best effects, along with shipboard conflicts a la Stevenson.

It is hard to take these scenes seriously when the author asks us to believe a "galleon" type sailing ship would have "lifeboats."

….A pistol shot punctuated the noises of the storm. Through the porthole, I saw the last survivors locked in combat for the only remaining lifeboat. It was their ultimate battle for life, and they fought ferociously. A gigantic wave washed over them, carrying men and lifeboat away. The mainmast shattered on the deck with a tremendous sound.

….He tried to hold on. He tried not to think of her, of what might have happened the first time, of what he may have been carrying in the back seat ever since.

This is the first tale by Harrison for me. Considering the friendly ink he receives, I was surprised by the story's thin preciousness. Probably just me, thugh.

….Off a corridor at the back of the clinic there are two or three pleasant little waiting rooms. They are very modern and aseptic, with contract furniture, aluminum window frames, and a bed over which is stretched a white plastic sheet: but the walls are a cheerful yellow and you can switch on a little radio. You undress here. After a few minutes Dr. Alexandre's assistant comes in and gives you a kind of bluish milk to drink, explaining that it will clear out your insides and at the same time coat them with a paste which will attract the rays. He goes out of the room and you begin to feel dizzy and nauseous almost immediately.

Absolutely wonderful story.  I plan on reading more of Samuels this week, and just got a few of his ebooks. Perfect voice, perfect organization of material, and brief enough to make the reader long for more, which is a very rare skill in the horror field.

'Unremitting gloom and decay? Rather say that she makes desolation glorious! I believe that De Quincey once wrote "Holy was the grave. Saintly its darkness. Pure its corruption." Words that describe Lilith Blake's work perfectly. Machen indeed! That red-faced old coot with his deluded Anglo-Catholic rubbish! 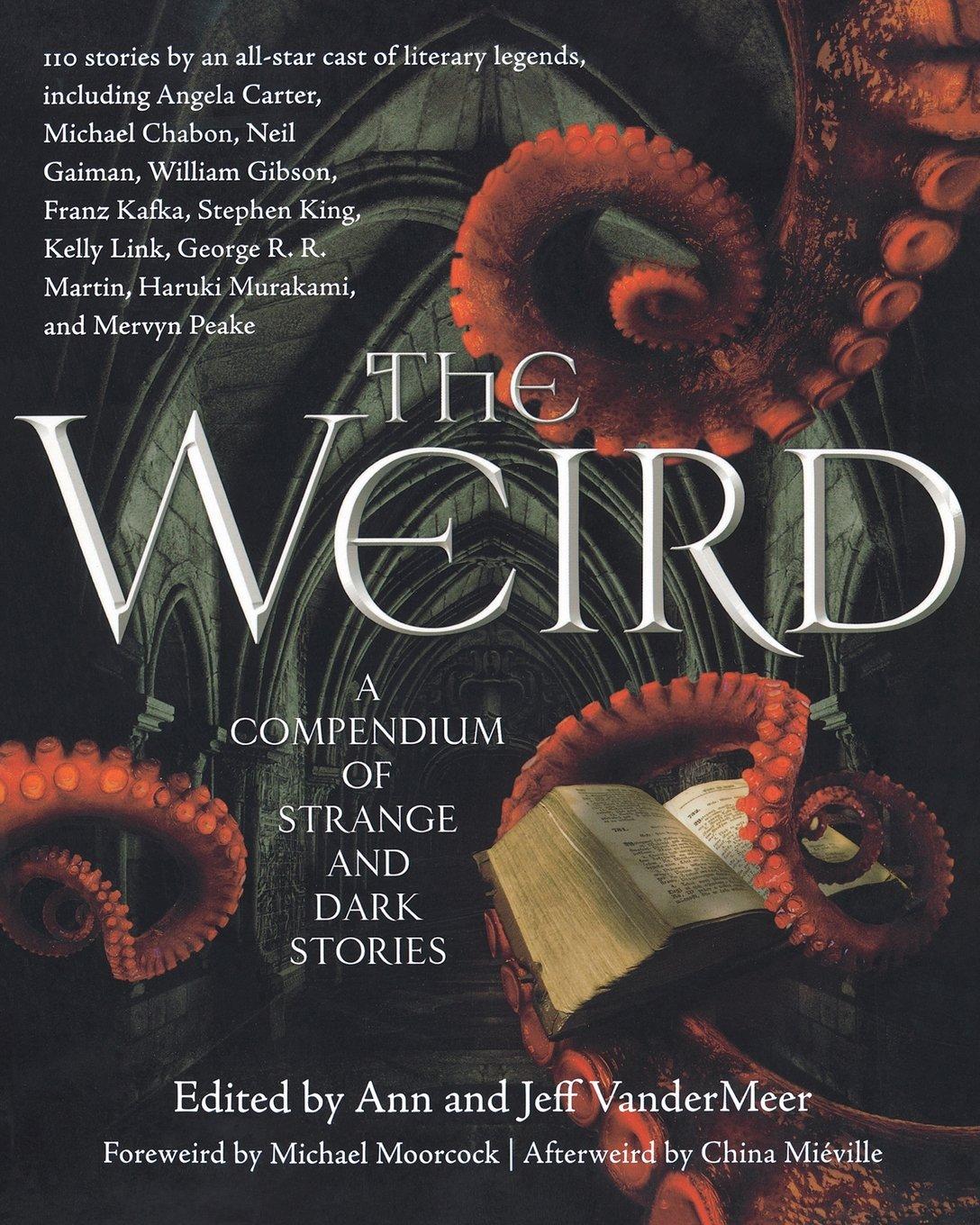