Sargeant Nelson of the Guards

“And where do you end?” asks Crowne, sourly. “If you’re not careful, you end up like them old skivers that mooch about the Naffy Library. The minute the place opens, in they dash. Blind O’Reilly, it’s like a Gold Rush. They go for them four armchairs like pigs for swill. And there they sit, reading books all day long.”

“And listening to the wireless,” says Hands. “Not that that wireless ever works. It squeaks, it goes quack, it screams like a baby; but much they care. They sit and listen just the same.”

“Fatty?” says Hands. “The only man in the Brigade of Guards that used to bite his toenails. Years ago he used to be in the next bed to mine, and it made my blood run cold to hear him. When he’d used up all his fingernails, he’d start on his toes. Then he got too fat to reach them. He was the worst nail-biter I ever saw in my life. You know what he used to do? He used to save up the little fingernail on his left hand for Sunday afternoon. He’d store up that nail like another man would store a cigar. And first thing after Church Parade, he’d sit down and have a long bite at it. It shook me.” 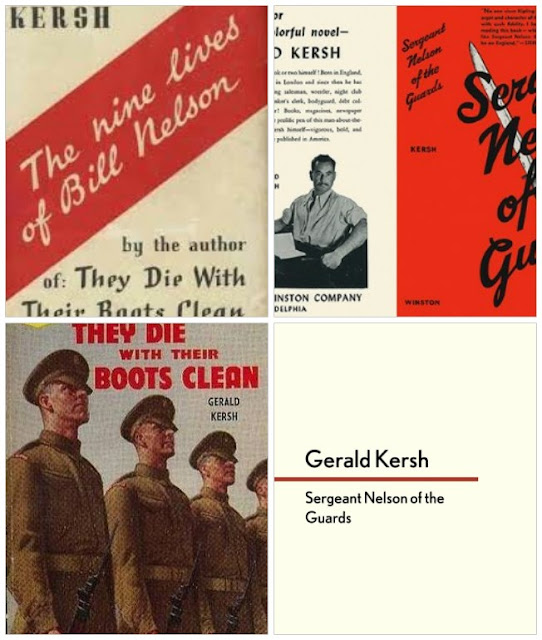 Posted by Jay Rothermel at 7:13 PM