H.G. Wells and his croquet player Georgie confront the social reality of 1936.

The novella begins well, and there are some genuinely uncanny moments. But Wells cannot overcome his bourgeois liberalism, which sees wrong-headed values, and not class relations, as driving the historic crisis of imperialism in the 1930s.

....I made my break-away from Norbert's flooding eloquence that morning with some considerable difficulty. I stood up. "I must be going," I said. "I have to play croquet with my aunt at half-past twelve."

"But what does croquet matter," he cried in that intolerable voice of his, "if your world is falling in ruins about you?"

He made a move almost as though he would impede my retreat. He just wanted to go on being apocalyptic. But I had had enough of this apocalyptic stuff.

I looked him in the face, firmly but politely. I said, "I don't care. The world MAY be going to pieces. The Stone Age may be returning. This may, as you say, be the sunset of civilization. I'm sorry, but I can't help it this morning. I have other engagements. All the same—laws of the Medes and Persians—I am going to play croquet with my aunt at half-past twelve today." 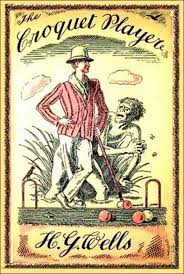 Posted by Jay Rothermel at 3:04 AM