On Reggie Oliver: The Ballet of Dr. Caligari and Madder Mysteries

In his concluding author's note to The Ballet of Dr. Caligari and Madder Mysteries (Tartarus 2018) Reggie Oliver says the collection's original edition [2009 Ex Occidente] was "a bit of a rag bag," but that in this new edition he has preserved only those items he thinks worthy. Worthy they certainly are!

A DONKEY AT THE MYSTERIES

Before going to college, a student in 1971 tours the Greek islands, ending at Thrakonisos, where he meets some strange characters.

…. Like many Greek Island chapels this one seemed improbably small, incapable of holding any sort of congregation. It was entirely white on the outside, but within it was painted an intense cobalt blue. Western light shone in through tiny deep-set lancet windows. Apart from a brass sanctuary lamp suspended from the ceiling and two blackened icons, there was no decoration. There was a plain stone altar, and on it was a coffin.

I was so shocked by this unexpected encounter with death, that it was some time before I noticed that there was something odd about the coffin itself. No flowers rested on it. Instead it seemed to have some thing or things wound around it, rather like the straps round an old-fashioned trunk. I approached the altar just near enough to determine what they were. They were long strands of brambles or thorns, tightly plaited together. It looked as if someone had taken a great deal of trouble to bind the lid to the box, as if to prevent anyone or anything from getting into it, or out.

…. Did I hesitate? Of course I did. But the way he put it, I was doing him a favour. I asked for some cash up front to pay for my trip into France and he gave it to me. I used it to buy a couple of Paul Nash prints which I later sold at a profit.

A bloody tale of supernatural retribution told entirely in dialogue during a busy wedding banquet.  Oliver's skill at conveying personality through conversation is unmatched.

…. After my great grandmother's death in 1926 it was discovered that there remained among her effects a black japanned tin box with my great grandfather's initials painted in white on it. It was locked and the key was missing, but the weight and general feel of the thing suggested that it contained papers. It is somehow typical of my family that this item, known simply as 'The Bishop's Box' should have been carefully preserved by my grandfather but never opened until 1976 when, unknown to my parents, I forced the lid with a chisel. You might say it is also typical that until now the contents have been unpublished, but I have my reasons for that.

An intense and macabre theatrical story, like something in a Tod Browning movie.

…. Then I saw a procession emerge and pass across my line of vision along the passage at the top of the stairs. The seven Baskerville Midgets were slowly marching in line, swaying slightly to the rhythm of the music, each of them playing an instrument. They were stripped to the waist and barefooted, wearing either striped pyjama bottoms or underpants. The only exception was Billy Whiffin who was sitting astride Sheba, banging a tambourine, stark naked. Sheba, the unwilling participant in this rout was being pulled along on a choke chain by Rusty who, with his other hand, was holding a kazoo to his lips and blowing so hard that his cheeks were puffed out like footballs.

THE GAME OF BEAR

….'How is the rest of this to be told? I have here some papers which bear on it, but they are fragmentary, of course. When Henry Purdue was alone in that big house he did what at other times was rather foreign to his habits—confided his feelings to paper. Here are some entries….

…. My teachers at the Irving did not prophesy a sparkling career ahead of me, though one did say cryptically: 'You may surprise us all one day, not least yourself.' As a matter of fact I was one of the first in my year to get a job from Drama School. It was not very distinguished admittedly, just theatre in education, acting little plays in schools, but my next job was understudying and stage managing on a tour of Dial M for Murder. I never went on stage to act once during that tour, but I made the consoling discovery that it was the theatre as a whole I loved, not simply my appearance on it. It was the physical stage, the darkness behind the scenes, the murmur of an audience behind the curtain. I loved the richness of an old theatre, the red plush seats and the gilding. I could stand on the stage during 'the get-in' and feel even then that this was my life and my death. I took photographs of the theatres I was in, especially the old ones, the plush and gilded plaster ones, the ones built by that master of Victorian theatre architects, Frank Matcham. Frank was the architect of my secret world.

An academic gets a little too close to an early 19th century English poet upon whom he hopes to build an academic reputation.

…. William Sotheran (1793-1817) was the younger son of a baronet, Sir Selwyn Sotheran. He was well connected, his mother being a Wellesley and a sister of the Duke of Wellington. It was perhaps from her side of the family that he inherited the urge to excel from an early age, which he did. At the age of eighteen he composed a tragedy in verse, Belisarius which showed such promise that it was accepted for performance at Covent Garden with John Philip Kemble in the title role. (It lasted three nights.) At Oxford he continued to write verse, and, after Oxford, took holy orders, the traditional career choice of the aristocratic younger son. But he seems to have been of a restless temperament, and in 1816 he embarked on a tour of the continent, then recovering from the Napoleonic wars. Shortly after his return in January 1817, he began to show signs of mental instability. Then in August of that year while travelling by mail coach from London to Bath to take up a position of curate in the parish of Fonthill, he made an unprovoked attack on a woman with whom he happened to be travelling. Family influence saved him from criminal prosecution, and he was confined to a private asylum where he died a few months later from causes unknown. Syphilitic dementia has been put forward as a possible cause.

A brilliant supernatural murder mystery set in the 19th century world of a traveling theater company in the hinterland.

'And I would not go back to my lodgings,' said he, 'and have to sit in the parlour and listen to a recital of my landlady's cursed ailments which run from the gout to the vapours with many a staging post in between, chiefly of a flatulent nature.'

It was my laughter at this, Davenant told me later, that sealed our friendship. He saw in me, a humble stage carpenter, a kindred spirit, a sharer of what he called his 'credo'. When I asked him what it was, he told me.

'We are all of us damned lunatics, my dear Dobbs, living in the devil of a madhouse, but a few, the best of us, know that we are.'

THE BALLET OF DR CALIGARI

A young composer receives a commission that has seemingly doomed his predecessors.

….. Whatever one's feelings, a ride in a Rolls Royce, especially if one is as unused to it as I was, is a soothing experience. My apprehension and annoyance returned only when we passed through a pair of electronically opened wrought iron gates and were going up a long straight drive, wide enough only for one vehicle, between an avenue of lime trees. We were entering an estate, somewhere in the semi-rural environs of the Essex and Suffolk border. The grounds were well tended with large expanses of clean-shaven lawn. Clumps of rhododendron and rather self-conscious stands of trees punctuated the decorous monotony of grass. A weak sun shone; somewhere in the distance beyond I heard the hum of a mower.

Beyond doubt, my favorite story in the collection and my favorite story by Oliver. It is the story of the last days of Victorian portrait painter Basil Hallward, and his reason for calling on Dorian Gray the night of his planned departure for Paris.  A departure which never, we know, took place. It turns out Hallward's portrait of Dorian Gray, and its supernatural properties, were not exceptional. The daemonic artistic transformation was not a product of Gray, but only reflected the degeneration of the subject. Oliver brings the 1890s world completely to life, and the result is breathtaking.

'I am afraid, my dear Martin,' he said in a frozen voice, 'that I have suddenly remembered an urgent appointment. Will you forgive me? Another time, I promise you.' And with that, he darted out of the Café Royal, leaving me and the waiter staring at each other in bewilderment.

He had seen someone, or something, of that I am sure. I scanned the room and my eyes lighted on a group of young fashionably dressed men seated at a table where, I noticed, several bottles of champagne had been consumed. It was these gentlemen, I am sure, who had caught Basil's eye. The men looked to be mostly in their early twenties, but there was one, scarcely older than they, but somehow more poised and mature, to whom they deferred. He was strikingly, magnetically handsome with that male beauty which, though in reality transient, seems ageless because you see it in the faces of Greek Gods and quattrocento Christs, and in every land and culture where a male divinity is worshipped. I was sure I had seen him before, but could not place him. He said something at which all the others laughed and, as they paid homage to his witticism, he looked up wearily. He saw me staring at him across the room, and something about the glance he returned made me leave the Café as precipitately as Basil had done. It was not so much the hatred as the emptiness in those eyes that pierced me.

A philosopher, retired to the country, is drawn to an empty field near his house.

'Just going for a walk, Mrs Jacks,' he said. 'Showing Jane here a bit of your countryside. Delicious lunch by the way. Delicious.'

Mrs Jacks frowned. 'Now Sir Bernard, you won't be taking her down by—'

'No, no, no! Not to worry. We'll be fine. Won't be long. Cup of tea when we get back. Come along, Jane!' And with that we were out of the door before Mrs Jacks could respond.

LADY WITH A ROSE

A young painter goes to Rome to make his mark. The aesthetic and criminal aspects of owning works by the old masters is strikingly evoked.

'Titian, Leonardo, pouf! What does it matter? It is an ancient masterpiece, and no-one sees it. So why does he not sell it? I tell you why. Because, by the terms of the will, he would have to share the millions of lire with his poor sister whom he hates. I, who have done nothing but kindness to him. And he will leave everything to that canaglia Massimo. He should be rid of it. That Lady with a Rose has the mal'occhio, I tell you. It always has. The rose! The rose! Did my brother show it to you?' 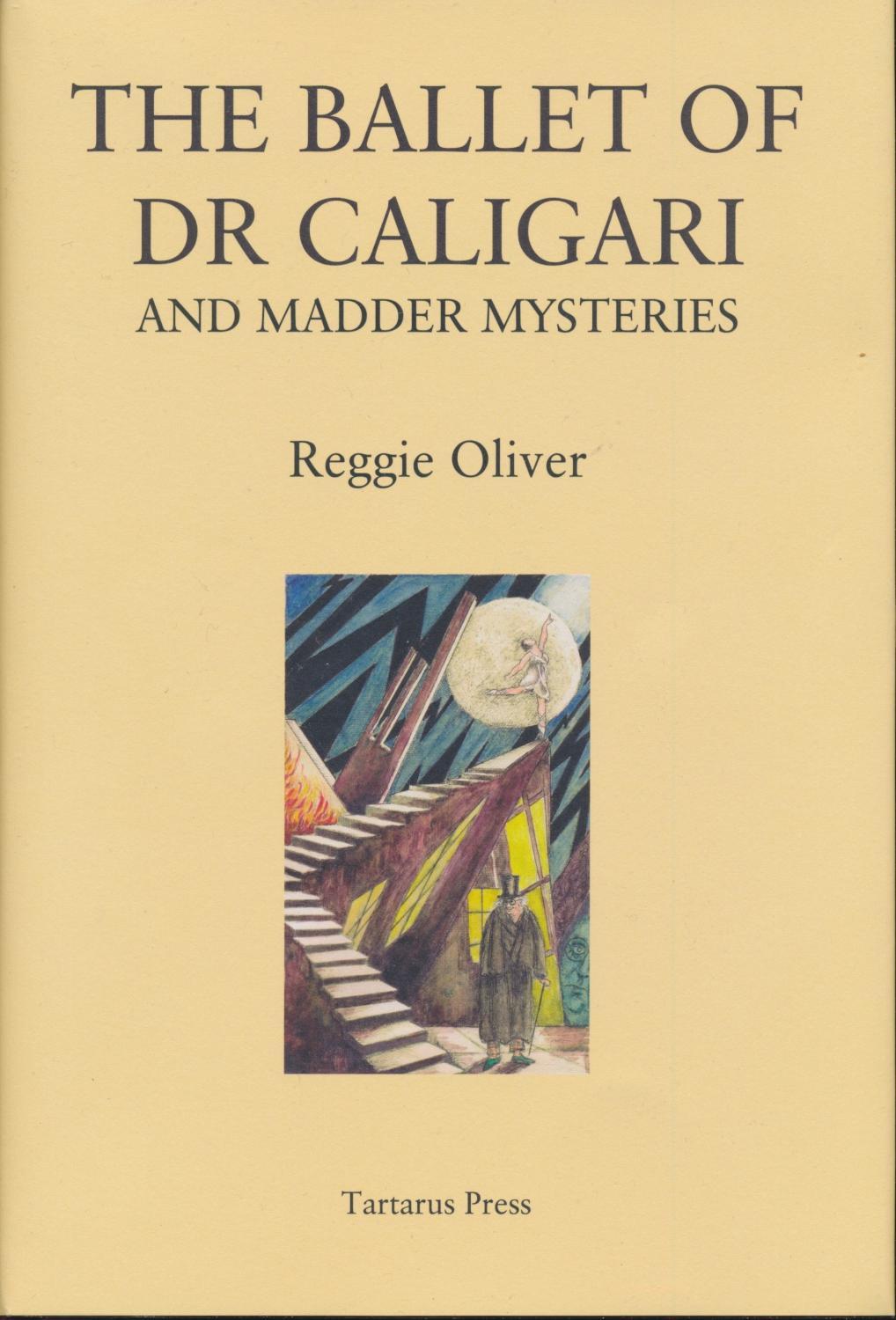 Posted by Jay Rothermel at 9:46 AM