Forward//
....the art of writing criticism is the art of Maigret: it is an art of reconstitution, but also of closure; for in the critic, as for Maigret, there is a rage for order. Both the rage for chaos and the rage for order, though one may be higher than the other and more profound, are impulses of the creative spirit; and it is in this sense that I feel, when I am acting as a critic, that I am acting as a kind of creator. Accusations that the critic is inherently parasitical have always seemed fatuously self-serving to me, and it is with the countervailing sense that the critical act is a form of shaping....


3//FSF2//Barr/Harrison/Rossiter/Simak/Reynolds
....a deep appeal of the Golden Age, as of space opera, lies in the Lure of Homology: in the identity of self and world.


....most generic fiction, whether written or filmed, seems to have taken over a job handled by the novel for 150 years: the acting out of the dream of mimesis that self and world are mutually comprehensible: the creation of a world whose fundament is visible, mainly through the actions of the kinetic hero (me) who wraps things up.


....our nostalgic intuition that the universe, now transparent through the sesame of the unravelled plot, is precisely the very same thing as that discovered self of his. This is the Lure of Homology.


....Enlightenment belief that energy is available.

4//FSF3//Haiblum/Boyd/Eklund and Anderson/Ellison
....At the very minimum, science fiction books should wear a style that resembles newspaper copy in its transparency to content; ideally, science fiction, like other forms of literature, should work towards a consciousness of the ultimate unity of form and content, a consciousness we on our side, as readers, do our best to tune out when we're trying to surrender ourselves to baroque, highly machined stories....


....Van Vogt Yaw being what happens when short stories are tossed into a novel and get seasick

6//FSF5//Varley/Hoyle/Van Scyoc/Ashley/Disch and Naylor
....No book whose argument assimilates progress with mastery over aliens can be really set after the Viet Nam War


7//FSF6//Delany/Yarbro/McIntyre/Dozois
....The Jewel-Hinged Jaw: Notes of the Language of Science Fiction (Berkley, 1978)
....clotted preciocity of his prose, the phrase quoted above being entirely typical of its uneasy condescension and agglutinative gumminess....
....the Rube Goldberg unworkableness of much of the writing in this book
....after you wipe the gouache out of your eyes there's nothing left but unbalanced and indecipherable assertion
....I will reiterate a confession. I have spent all this time in the bilgewater because I don't know how to describe the ship. All I can say is that some idiot savant has had this craft on the rocks somewhere, because the bilge is rising.
....The Jaw is open. May it close on meat.

9//FSF8//Reed/Schochet and Silbersack/Killough/ Benford and Rotsler/Malzberg
....If the world were Disneyland, who then could doubt the existence of God?


....Disneyland itself has become an honored part of the American nightmare of self-analysis, an immediately recognizeable emblem of a savage future in which we discover ourselves to be cartoon consumers locked into a sanitary totalitarian plastic tapeloop, our every move monitored, our every impulse predetermined by the invisible spider god.


....metonymy con ....a rhetoric of personalized response and simplified gesture will substitute for any attempt at rendering the complex (or expensive) action.


....traditional novel, as hypostasized by the triune hierophants, is in fact a roman — warm, plastic, representational, seamless, lacking any coarse " 'holes' in the fabric of time," as Dr Hernadi goes on to say — and that fictions in the recit idiom will read as being chilly, didactic, presentational, disjunctive, full of arbitrary lacunae in the quilt of space, will read in other words as deficient romans, and will be assigned to the charnel where Procrustes dumps his legs.


...Menippean satire [says Professor Frye] deals less with people as such than with mental attitudes. Pedants, bigots, cranks … rapacious and incompetent professional men of all kinds, are handled in terms of their occupational approach to life as distinct from their social behaviour. The Menippean satire thus resembles the confession in its ability to handle abstract ideas and theories, and differs from the novel in its characterization, which is stylized rather than naturalistic, and presents people as mouthpieces of the ideas they represent .…


....James Blish, whose recit mind longs for a cold bath of Menippus to shape its grasp, or so we've been claiming. Unfortunately Mr Blish has immersed himself in a field — science fiction — whose generic forms are offspring of the heated iconicity of the romance, as stripped down for action, and his whole crabby yawing corpus demonstrates the cost of writing against the grain


....thematically naive topoi are being required — disingenuously — to illustrate far more than they could possibly mean to


....equipoise of assertion not narrative


....As a Menippean illustration of the hypothesis that black magic literally works, Black Easter (1968), one of the books this is all in aid of a review of, might seem altogether stripped to its skeleton, but in the event the emperor is dressed. Characters and plot are so closely and economically bound to their task of demonstration, and the narrative is so elegantly short, that there is a kind of paronomasia — a kind of "blessedness" — and a dystopic thesis laves us in the clothes of fleuve. Its sequel, The Day After Judgement (1970) is a disjointed, cack-handed anticlimax, and de-frissons the death of God in Black Easter by allowing that He might only be on vacation and be putting Satan on His throne pro tem, because Nature abhors a vacuum — which makes it the real shaggy God story. In its use of metonymy cons both of character and of narrative it's as miniaturizingly evasive as VOR; in its generic chuntering about it's as loopy as Titan's Daughter; and in the Malleus Maleficarum misogyny it shares with its predecessor it is thoroughly egregious.


....genres work (human perception works) not only through metonymy, the substitution of part for whole, of set for omniscience dreams, but also through the persistence of the image, time's body English.


....Icons are torsions in time, which heats them, and gives them pull through the work.


....his fiction is conceived from the other side of heroism


....conceived of his life as bearing anxious witness to the parent/son catastrophe


....the terrible secret meaning of the ghost-ridden world of Aickman's fiction lies precisely in its binding complicity, for by the sign that you fail to understand it (having failed to be glad to meet yourself) the world means what you have become.


....If you have failed to become chivalrous to the knowledge of the approach of death, then you will end up as much a ghost as that which haunts you.


....world may be too jangled for the reader easily to parse.


.....tales of failed transcendence, those stories whose protagonists are compelled by their sense of inward crisis to attempt to change their lives, perhaps utterly.


....hilarious vision of the aesthetic and human costs of living in the heat-death of modern middle-class de-industrialized England


....conviction that appearances are indeed terrifyingly true is manifest throughout the fiction, clearly underpinning the sense (previously argued) that the world, for an Aickman character, means what it says. Limned in a prose whose elaborate mandarin irony barely masks exorbitant disgust


....The voice is the voice of a Roman at the end of Empire, Claudianus's perhaps (d408). It is the voice of a man finally unable to direct his consuming rage at our loss of virtue into works of a scope ample enough to express it.


....disintegrate into sour skits, and the unremitting irony of their telling comes close to sanctimony and carping.


....In Mann's only major novel of supernatural import, Doctor Faustus (1947), a repertory not dissimilar to Aickman's undergoes a scouring ironical metamorphosis into an aesthetic shape so encompassing that we can descry within it — without cramping or piety or shortcuts into sarcasm — a full vision of the fate of Western man.


....demonstrate Aickman's intelligence as a craftsman. "The Waiting Room" (1956) adroitly traps a lost traveler in a waiting room built over a burial ground for hanged felons; he awakens with a bad crick in his neck.


....bulk of his canon (as we've said) speaks from the other shore: from the end of Empire and its heroisms.


....though we are left free to doubt — as with so many Aickman characters — that she will ever make a move to save her life.


....many Aickman stories present the failure to achieve an integrated world in terms of attempted transcendental journeys, as though into a better future. In a second broad category, usually signaled by someone's arrival at a meticulously described house, the attempted rescue has already failed by the time the tale begins, and within the house will be discovered an inverse ghost, a mummy, perhaps still breathing.


....As we near the end of Aickman's career, we find that his figures of horrific immobility, whatever their ostensible age or sex, become more profoundly estranged from human kind, more desperately caught into that clockwork of obsessive reiteration which disqualifies them from genuine being and from genuine death (it is remarkable how few of Aickman's trapped protagonists ever actually manage to die); more and more they come to resemble his dreadful father.


....His wife suddenly leaves him for someone real, and the charade of his trivial existence collapses into a succession of unendurable ghostings. The world becomes a deranged and gloating nightmare, in which he must recognize his own shattered being, but from which he cannot escape.


....The most impressive of these stories is probably the superb "Compulsory Games," in which failed transcendence and mummification conjoin in deadly wedlock.


....His wife suddenly leaves him for someone real, and the charade of his trivial existence collapses into a succession of unendurable ghostings. The world becomes a deranged and gloating nightmare, in which he must recognize his own shattered being, but from which he cannot escape.


"The Stains" ....in the inexorable suffusion of staining through this tale, stainings of body and world, we recognize an irreversible and growing consanguinity with death.

19//Gene Wolfe
....stoolpigeon story — the kind of story you can paraphrase and catch the truth of.


....he reminds me just a little (I'm afraid this is going to sound pretty pretentious) of Johann Sebastian Bach. The central fact about Bach is not his originality (for in Romantic terms he was not very original) but his immense comprehensive grasp of the given. As Bach synthesized the Baroque just as it entered heat-death, so Gene Wolfe seems to be attempting to synthesize true stories out of the growing incoherence of our own genre.


....bringing out the internal human circumstances that have always monitored our flights to Mars, however tenuously they were dealt with by overworked "hack" writers trying to feed themselves at a cent a word.


The Book of the New Sun ....text is unnervingly and suavely coy.


Peace ....that deeply ironic tale of death and corruption


....briefed to attempt to read the text as though every word was intended to bear meaning


....Unless you are willing to take the book literally, it will never even begin to unfold into what may be its true exultant shape. 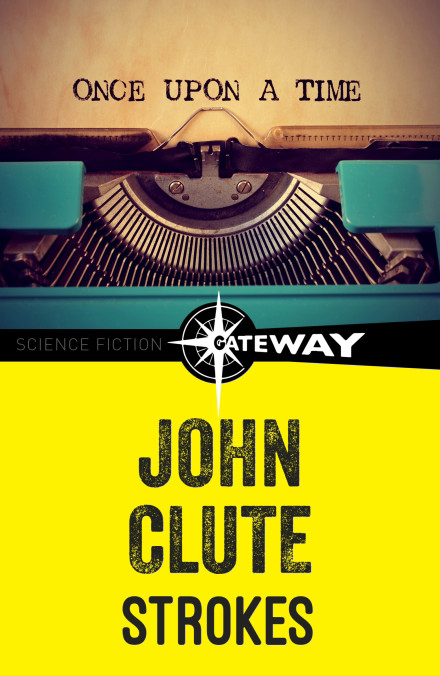 Posted by Jay Rothermel at 9:11 AM