This is a thick book with lots of book reviews. Clute's vocabulary and stylistic body English is by turns illuminating and repetitive: he has several operating assumptions, but there are only so many ways to rephrase them while bookchatting.

"What I Did on My Summer Vacation"
....Who are we writing what about when to whom and where?


A model of some sort of initial answer came to me a while back, in 1986, sitting in a veranda under the procreative radium winds of fallen Florida; an early version of this thought appeared in the introduction I was then composing to my first collection of essays and reviews, Strokes: Essays and Reviews, 1966-1986 (Seattle: Serconia Press, 1988).


When I try to model the creative process [As I said in 1986, and think now, in terms only slightly modified from those I used then. 2003], I often find myself coming back to Georges Simenon (1903-1989) who, in a career that began in 1920 or earlier and ended only shortly before his death, published way more than 1000 stories (no one has yet established just how many), about 500 novels (a rough total which includes an undetermined number of pseudonymous titles written in the 1920s), and a dozen or so volumes of memoirs which appeared after 1972, when he stopped writing fiction. Over and above its delirious fecundity, what has always seemed most interesting about Simenon's career lies in a distinction he made, after he started using his real name around 1930, between two kinds of novel he specialized in for the rest of his career – two kinds of writing which engaged him in two varieties of the creative act. The first category of novel, the sort he is most famous for, included the 80 or so books which feature Inspector Maigret; the second category comprised the 100 or so non-Maigret novels, which he always published under his own name after 1930 or so. It was these novels he was most proud of.


Most of the non-Maigret tales follow a similar pattern. We open the book and immediately enter the protagonist's mind; there is never more than one point-of-view in a Simenon novel, and that point-of-view is never omniscient: from the get-go, we are looking through the eyes of the prisoner of the book. This protagonist is caught at a life-summing point of frozen stress. The story begins. Everything stokes the stress. Then something external, or something that wells up within the protagonist, breaks the seemingly unending moment of uttermost stress, and he breaks or does not break; melts or does not melt; murders (or fails to murder) his wife or mistress or boss; flees or fails to flee. The novel (the simenon) then ends, often in a state of chaos or slingshot into nada: for the world when deranged, the psyche when liberated of the bondage of its life, crosses a borderline into the unknown, where habits no longer work, and reality, for an instant, may just possibly be seen entire, unendurable, profound and cold.


The Maigrets are completely different. We begin in chaos, in the aftermath of some terrible breakdown in consensual reality. We begin just after a "real" simenon ends. The Humpty Dumpty of the skull we row, upstream, against the dark, has fallen. A murder has almost always been committed. Maigret appears, for he is always subsequent to the fall. He senses the chaos and incompletion of the world, and within him something begins to knit back the raveled sleave of things that he has encountered raw. He finds (and in the act of finding he forgives) the murderer. Slowly, intuitively, implacably, he puts it all together again. At the end of the novel he leaves the world like an egg (to quote one of Philip Larkin's most extraordinary poems) unbroken.


For me, the process of writing a work of fiction can conveniently be modeled in terms of the rage for chaos exemplified by Georges Simenon's non-Maigret novels, which he always inscribed at great speed as though – like the characters portrayed within – he was walking the plank at a run. He would settle upon a character, and a place, and the nature of the bondage to be shattered; beyond that, nothing. If his character failed him, or if he failed to find a story to ride across the borderline, he would tumble off the plank. The novel would remain unfinished (none ever took more than a week or so to write), the protagonist would remain in prison, and the world unthreatened. Humpty Dumpty would never walk the plank off the wall, never reach the pavement to break out. The image of creation as walking the plank also draws on Morse Peckham's Man's Rage for Chaos (1965), where art is understood as that which threatens the prisons of order our human nature imposes on [that word again] raw haecceity.


So writing a novel is fall and suture.


On the other hand, the art of criticism is the art of Maigret: it is an art of reconstitution, but also of closure; for in the critic, as in Maigret, there is a rage for order. Accusations that the critic is inherently parasitical have always seemed to me fatally digressive. Both the rage for chaos and the rage for order, though one may be higher than the other and shake the world more profoundly, are impulses of the creative spirit; and it is in this sense that I feel, when I am acting as a critic, that I am acting as a kind of creator.


So writing criticism is a surgery of the fall....


....Creative writers, of course, might be inclined to think that high-flown mixed-metaphor talk like this (viz above) is nothing but squid ink designed to deflect attention from the fact that criticism of the sort I'm describing is a digression from the kind of criticism most writers think critics should concentrate on, a task which might be defined as gospel singing. For many creative writers, genuinely attentive criticism is akin to murder. Stick to the Good News, they say. Annunciate the name of the book and scram....


....The act of reading is precisely surgery. Reading retells what is read. Reading is opening the book. It must feel almost like death to be opened like that. Still, there is a gap. No matter how closely book reviewers may feel they approach the fire, there is ultimately no magic. The present is an asymptote, which the scalpel never quite reaches. The True Name of things is Boojum.


....the vast backward and abysm of our daily lives only makes sense when it is constantly reforged in the burn of that asymptote.


….Vladimir Nabokov's inspired englishing of the Russian poshlost, a term of wide application, but which here can be used roughly to define the ersatz style and thought patterns of the unlettered (that is, most of us) who purchase – and who relentlessly misquote – culture they cannot themselves generate. 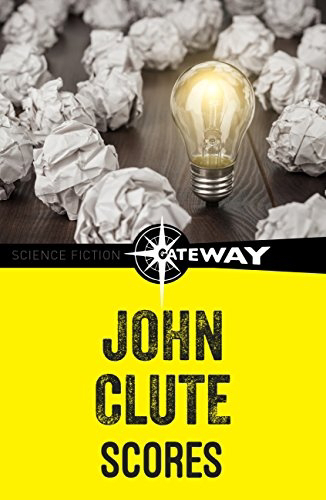 Posted by Jay Rothermel at 9:15 AM