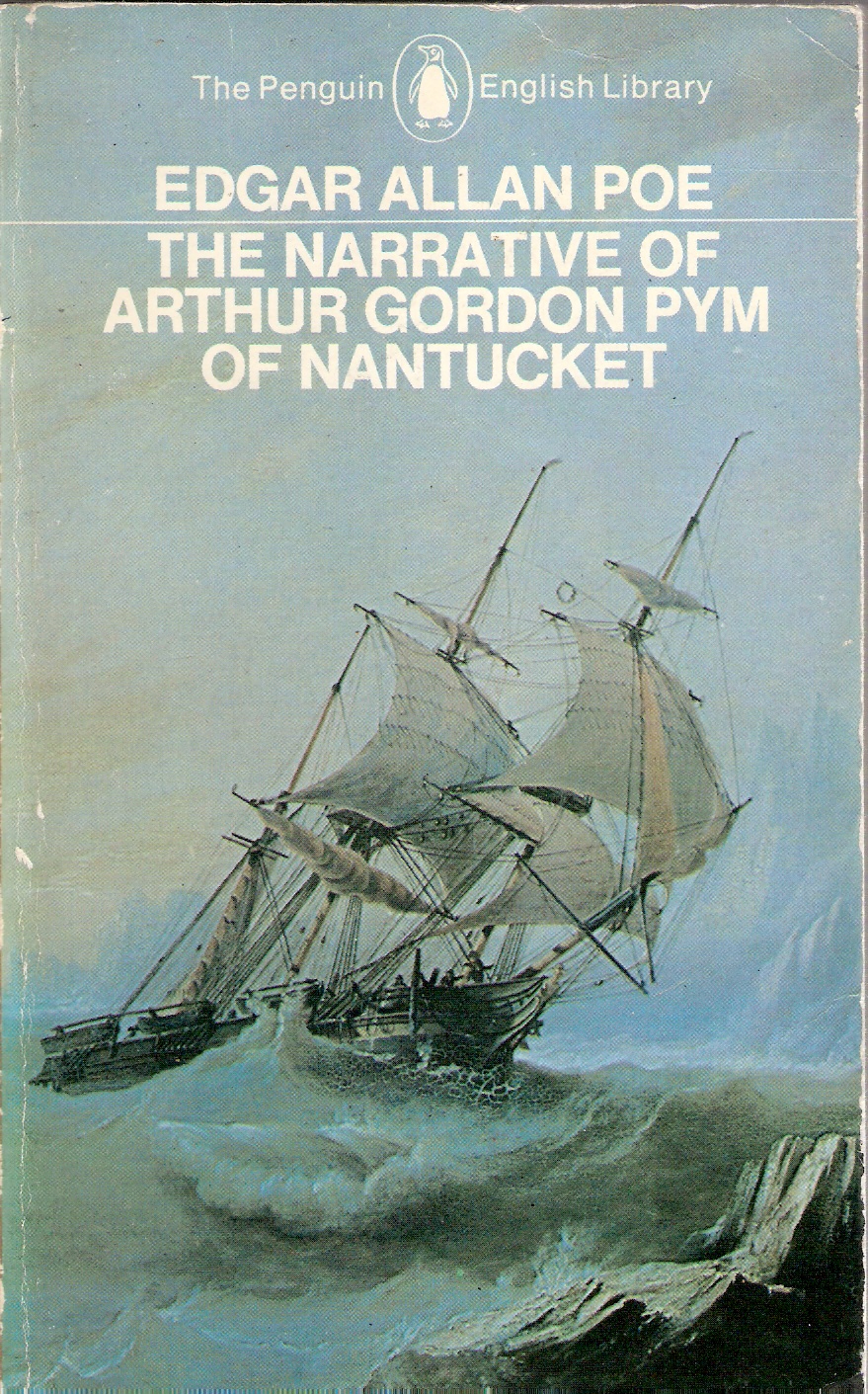 Poe the theoretician of tales is most famous as an opponent of extended length in works of literary art. His composition guidelines are clear: a work should be read in a single sitting. Novels need not apply.

These precepts were on my mind last week as I settled in to read The Narrative of Arthur Gordon Pym of Nantucket (1838). It took me three days, and I enjoyed every moment, eagerly resuming the story at lunch and in the evening after work. "MS. Found in a Bottle" (1833) might be a single-sitting emotional gloss of similar material, but Pym more satisfies the reader of tales in me.

The novel accordions through several striking stories of vicissitude. It opens with the drunken misadventure on Ariel; continues with the voyage of Grampus, where Pym the stowaway finds himself buried-alive inside the ship; mutiny is followed by cannibalism and the encounter with a Dutch ship crewed by corpses; rescue of Pym and fellow seaman Dirk Peters by the Jane Guy leads to the island of Tsalal, where trouble really begins.

Readers of Verne's The Mysterious Island will appreciate its adumbration here: a similar toing-and-froing over shifting and precarious ground, though without the time for discussion and practical action Verne could afford for his band.

Does Pym end? Not in the way we have been taught a tale should end. It breaks off; perhaps Poe lost his appetite for answers to mysteries presented on Tsalal. Perhaps the addition of a Man Friday character (the islander Pym and Peters kidnap in their escape) presented too many dramatic contradictions, for which Poe realized he did not have the authorial stamina or patience?

In his sublime novel The Purple Cloud (1901), M.P. Shiel wisely put his Artic and open-ocean chapters up front. Lovecraft, in his Antarctic novel (all vicissitudes and longueurs), has his narrator survive to warn the world. Pym only survives his return to the U.S. a month before dying in an accident, leaving his memoir unfinished. What kind of accident? We are not told; perhaps he was jostled by a Tsalalian stevedore on the waterfront?

The narrative of Arthur Gordon Pym of Nantucket that we are left with will have to suffice. It amounts to a ghost at the feast of two centuries of U.S. novel-writing.

Posted by Jay Rothermel at 7:02 AM