EDGAR POE was the greatest literary genius that America ever produced. Naturally, he died of neglect, and his reputation was then trashed by his literary executor Rufus W. Griswold, a despicable human being devoid of talent, who was far more respected by the public in his day, mostly for having compiled a showcase anthology of American poetry in 1842. Some of Poe's work was included in the anthology, but he gave the book a poor review, apparently occasioning a poisonous hatred on Griswold's part that extended beyond Poe's grave, to the extent that J.A.T. Lloyd titled his 1931 biography of Poe The Murder of Edgar Allan Poe and named Griswold as the murderer in question. It was Griswold, in his capacity as Poe's executor—a position he seems to have appropriated without any evident entitlement—who added the superfluous 'Allan' to Poe's literary signature, while he was in the process of making the abundant money from Poe's work that Poe had never been able to obtain, and spreading the libel that his unfortunate victim had been a madman, an alcoholic and a drug addict. He probably made the addition because he knew that Poe's stepfather, John Allan, had also made what contribution he could to ensuring the poet's lifelong poverty and humiliation, albeit with a more modest hatred.....

....The one thing that cannot be doubted, however, is that he was a man of tremendous intellect and imagination, who demonstrated more originality in a body of work that can be fitted into a single weighty volume—although it is more usually distributed in ten—than all the other nineteenth-century writers in America put together.

....Sarcasm is sometimes said to be the lowest form of wit, which is a sarcastic testimony to the fact that it is, in fact, the highest, and as every master and victim of sarcasm knows, the most telling and profound effect of sarcasm is that it creates a fatal ambiguity. Stating the opposite of what one actually means in a poker-faced fashion creates a void of uncertainty that can never be securely bridged or filled in. Another of Poe's most famous essay-anecdotes, 'The Philosophy of Composition' (1846) includes an account of his composition of 'The Raven'—an account that is ludicrous and cannot stand up to rational analysis for a moment, but which is narrated in such an earnest fashion, in support of a theory of creativity deliberately opposed to one put forward by Samuel Taylor Coleridge to account for the composition of 'Kubla Khan', that there are multitudinous readers and critics, even today, who cannot see that Poe actually meant the opposite of what he said, and that he really sympathised entirely with Coleridge.

....archetypes of a particular version of the Gothic sensibility and the mythology of Decadent neurasthenia

....the earlier ones became the key foundation stones on which the author was able to build a whole edifice of sensibility, collectively constituting a genre of 'macabre fiction' that refined and redefined the primitive eighteenth-century Gothic in its English language manifestations, much as Ernst Hoffmann had done in German.

....Poe was not a writer to stop at his first effect; he always wanted to go on, to increase that effect, if possible, and to take it to its limit; that is one of the core features of creative genius.

....While he became one of the great exponents of literary phantasmagoria, therefore, he also became a sincere practitioner of rational story-development, of the celebration of logical analysis

....Poe being Poe, of course, and the imp of the perverse being what it is, it undoubtedly seemed only natural to him to apply rational analysis to the subject-matter of irrationality, to produce quintessentially sane accounts of insanity. The science of psychology eventually set out to do that, in a stumbling fashion conspicuously devoid of genius, but Poe not only did it first but did it more effectively and infinitely more aesthetically. Such analyses of abnormal psychology as 'William Wilson' (1840) 'The Man of the Crowd' (1840) and 'The Tell-Tale Heart' (1843) were ground-breaking, pioneering a species of thought-experiment that was not unrelated to the Gothic phantasmagorias of 'The Fall of the House of Usher' and 'The Masque of the Red Death', but certainly offered the macabre a new context and a new rhetoric, and thus founded another new genre of fiction which has gone from strength to strength since his death.

....The question always remains, lurking in the background, of how seriously Poe intended what he was doing. Sometimes, obviously, he was not at all serious, but we should not forget that comedy and grotesquerie sometimes serve as useful masks for more earnest and grimmer thoughts, especially for masters of sarcasm. Such stories as 'The Devil in the Belfry' (1839), 'Never Bet the Devil your Head' (1841) and 'Some Words with a Mummy' (1845) are obviously flippant and farcical, but even in such light-hearted exercises, a crucial element of ambiguity remains, adding a definite aesthetic—and, in the last-named of the three, philosophical—depth.

.....He disapproved of naked didacticism in fiction, and also of simple-minded allegorising, arguing —unsurprisingly—that it was aesthetically virtuous to create and leave doubt in a reader's mind as to what had actually happened in a story and what the events described actually signified. In that, he anticipated the theoretical ideas of the French Symbolist Movement of the fin-de-siècle, who took some inspiration from him, via Baudelaire, who was one of the Symbolists' precursors and idols. Following the prospectus of Stéphane Mallarmé, the French Symbolists proposed that the symbols they employed in their stories should never be fully explicable, because the whole point of registering, exploring and developing psychological impressions in preference to reified descriptions was to assert and illustrate the ultimate inaccessibility of the world of things-as-they-are (noumena, in Kantian terminology) and the essential unreliability of deductions made on the basis of things-as-they-seem (phenomena).

Poe, as a simultaneous celebrant of spontaneous composition and rational analysis, was more sensitive to that unreliability than many a philosopher, and more interested in its literary exploration than almost any other poet, at least in nineteenth-century America. In that regard, his works are tentative, but they are also deft, and, as always, pioneering. His early exercises in symbolism, such as 'Shadow—a Parable' (1835) have to be reckoned a trifle crude, but the item in question is a very early example of the genre of prose poetry that Baudelaire and the Symbolists were later to develop, to such great effect that Joris-Karl Huysmans did not hesitate to call the prose poem 'the osmazome [i.e., the distilled essence] of literature.' As in other regards, Poe was to take that genre rapidly to further extremes, in such experiments as 'The Oval Portrait' (1842) and the archetypal 'The Masque of the Red Death'

....one of the most prolific providers of grist to the indefatigable mills of American Academe—although it has to be admitted that most of the flour they have produced is only good for making fluffy white bread of little nutritious value

....Few other authors warrant re-reading with such careful sympathetic attention or provide such pleasure and such prolific imaginative stimulation in the process—which they will doubtless continue to do throughout the twenty-first century and beyond. 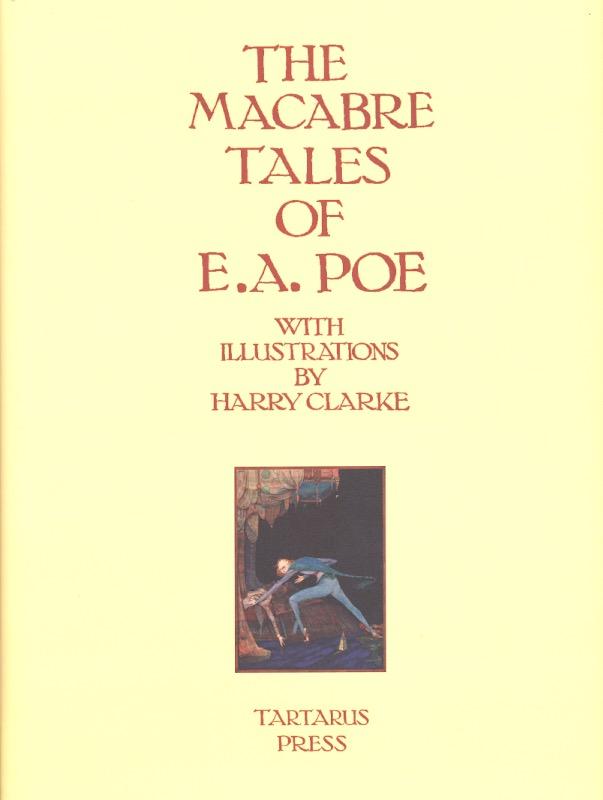