....The imaginative exuberance of the fin de siècle represented a high watermark of both the critical respectability and commercial value of weird fiction in the Poe tradition. That this tradition fell on the wrong side of the bifurcation of highbrow and lowbrow was an eventuality that contributed to and exacerbated the status anxieties that persist to this day between 'literary' and genre fiction. Attempting to extract weird fiction from this complex historical lineage and give it a progressive Modernist imprimatur is, in itself, a manifestation of that struggle for literary legitimacy. It is part of an ongoing and wider process of jostling for admission into the dominant cultural prises de position. However, weird fiction not only represents a reactive negotiation between these various competing claims. It is also a commitment to fashioning a literary space free from the strictures of both generic formula and staid realist respectability, a space which also challenges and provokes interrogation of what is usually regarded as inviolable highbrow doctrine.

....In terms of its use in the early twenty-first century, the term 'weird fiction' is sometimes deployed simply to sidestep the conversation by using 'weird' interchangeably with 'good' (or more specifically 'literary') and particularly as an attempted divestment of the déclassé baggage of horror. As discussed in the Introduction, Simon Strantzas for one has already questioned its use in this regard, arguing that by making such distinctions at all we are only reinforcing the assumption that there are inherently debased genres from which the respectable writer or connoisseur would do well to distance themselves. It seems unlikely, however, that an instinct as ingrained and essentially human as the desire to define one's self against a troubling mass culture could (or should) be blithely abandoned.... 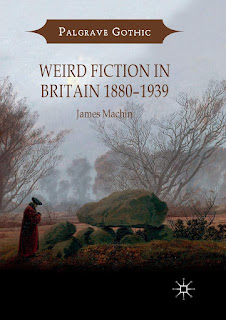