With a century's retrospect, Rolfe was an unappreciated artist who never found a place for himself in life where his craft could be rewarded. But damn, it must have been a misery to know him. Unfit for adulthood or providing for himself, he imposed on acquaintances, then rained down calumny on them when they got sick of his resentments and paranoia. You can't help some people.

The book does signify the triumph of Symons after over a decade of patient scholarship.

....It was a deeper satisfaction still to know that every one of the works which had been left and lost in obscurity when Frederick William Serafino Austin Lewis Mary Rolfe died suddenly and alone at Venice had been collected together by sympathetic hands, and that, alone of living men, I had read every line of every one. Nothing was left to be discovered; the Quest was ended. Hail, strange tormented spirit, in whatever hell or heaven has been allotted for your everlasting rest! 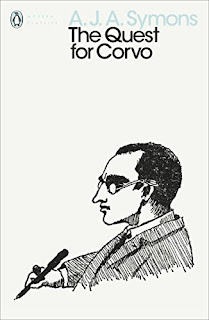 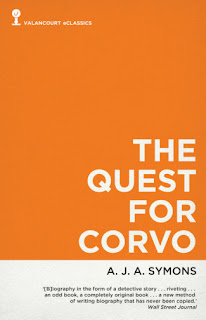 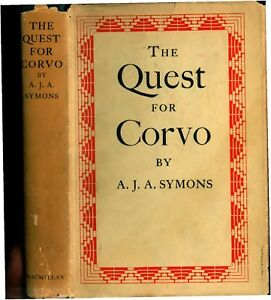