Machen wrote "The Red Hand" in 1895. It features Dyson and Phillipps, whom Machen features as pseudo-detectives in several stories.

In "The Red Hand" they unravel the murder (or sacrifice, as Dyson prefers to call it) of eminent medico Sir Thomas Vivian. Dyson uncovers the truth and finds his man with patience and an encyclopedic knowledge of the byways of London.

The plot itself, if organized chronologically, bears the hallmarks of an uncanny ritual. Even coincidence appears lawful.

"The Red Hand" also recalls stories by Stevenson and Conan Doyle about men conspiring together to find a lost treasure hoard.

This being Machen, the modern world rests upon an older one thought extinct, but actually just unnoticed, and in that world lies the treasure.

‘Your conclusions are admirable,’ said Mr. Selby. ‘I may tell you that I had my stroll down Oxford Street the night Sir Thomas Vivian died. And I think that is all I have to say.’

‘Scarcely,’ said Dyson. ‘How about the treasure?’

‘I had rather we did not speak of that,’ said Mr. Selby, with a whitening of the skin about the temples.

‘Oh, nonsense, sir, we are not blackmailers. Besides, you know you are in our power.’

‘Then, as you put it like that, Mr. Dyson, I must tell you I returned to the place. I went on a little farther than before.’

The man stopped short; his mouth began to twitch, his lips moved apart, and he drew in quick breaths, sobbing.

‘Comfortably,’ Selby went on, constraining himself with an effort, ‘yes, so comfortably that hell burns hot within me for ever. I only brought one thing away from that awful house within the hills; it was lying just beyond the spot where I found the flint knife.’

‘Why did you not bring more?’

The whole bodily frame of the wretched man visibly shrank and wasted; his face grew yellow as tallow, and the sweat dropped from his brows. The spectacle was both revolting and terrible, and when the voice came it sounded like the hissing of a snake.

‘Because the keepers are still there, and I saw them, and because of this,’ and he pulled out a small piece of curious gold-work and held it up.

Phillipps and Dyson cried out together in horror at the revolting obscenity of the thing. 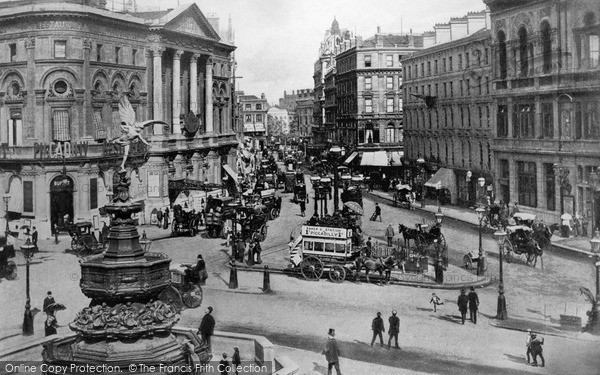 Posted by Jay Rothermel at 3:51 AM