Stories I Have Tried To Write: Bringing It All Back Home

From teenage years until about 2002 I filled notebooks with story ideas. I never had the intestinal fortitude to tough-out full length composition.

Example? In the summer of ‘87 I wrote half of what I thought of as the ultimate “Ohio horror novel.”

But, as always, I got too easily distracted.

I kept at it with hundreds of story ideas. I loved buying stationary, and still do. Maybe the story ideas were just an excuse.

Here's one, brought to mind while listening to an audio tale online today.


Stories I Have Tried to Write: Binging It All Back Home

Jennings has been obsessed with the fiction of Carl Lake (1943-1982) ever since noted weird fiction scholar Ralph Chamberlain listed him on a "10 best" list in Gormenghast magazine in 1988. (This was just prior to Chamberlain's unexplained death).

Lake composed all his stories while a P.O.W. in Vietnam. He has no writing materials, of course, and could only commit them to memory through constant recitation.

The stories were transcribed once Lake returned to the U.S. and issued in a limited edition chapbook titled The Shape of a Tree-Line, now impossible to find.

Jennings is not a writer or a scholar. But he has always wanted a copy of Lake's book to make his Ralph Chamberlain book-list collection complete. He has just purchased Carl Lake's USAF personnel file and debriefing papers via from a man on EBay.

In these records he discovers that the USAF at one point in the late 1970s contemplated court martialing Lake. His fellow Hanoi Hilton POWs reported that all Lake's cell-mates committed suicide, and that the prison administration eventually kept Lake isolated.

The man who sold Jennings the personnel file contacts him several weeks later. He has a new item: an audio cassette. Apparently soon after The Shape of a Tree-Line was published, DiamondGraph Audio began work on a books-on-tape version.

Jennings realises this may be the closest he ever gets to the book itself. He buys it sight-unseen.

The cassette arrives a week later.

Jennings plans a big Friday night listening party after work,  just for himself: a fine dinner, the best wine he can afford.

Jennings sits down to listen at midnight.

Better than he could have hoped! At least at the beginning. But during the story called "Faces in the Tree-Line" he begins to feel unsettled. He keeps going to the kitchen door, thinking he hears someone walking up and down his gravel driveway.

The audio artist himself begins to flub his lines and sounds increasingly disturbed and distracted. He finally gets up to make sure the studio door is locked. He says out loud several times (to reassure himself) that he is the only one in the studio building. And begins reading again. Jennings realises the man is as jumpy as he feels.

Then Jennings hears a knocking sound on the recording. The audio artist stops reading the story. Jennings can hear him get up to answer the door. Sound of door opening. Sound of screaming.

The rest of the tape is a lot of fumbling, then the susurration of white noise.

Jennings quickly checks all the doors and windows in the house. All locked.

He puts the cassette back in its mailing envelope. He places it on the shelf with his other Jennings volumes. He washes his hands several times.

He plans to find out the name of the audio artist, and discover he fate.

Composing an email to the cassette’s seller is interrupted. There is a knock on the kitchen door. Not a pounding, but forceful and... commanding?

Jennings drops his cellphone. Before he can stop himself, he is at the door, his hand turning the knob. 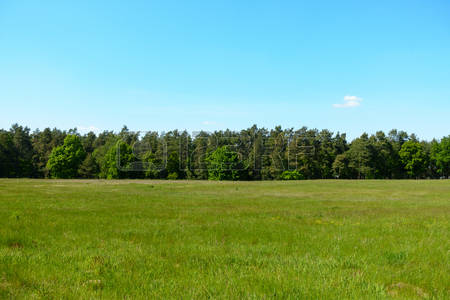 Posted by Jay Rothermel at 6:04 PM

Email ThisBlogThis!Share to TwitterShare to FacebookShare to Pinterest
Labels: Stories I Have Tried to Write; fiction; short story