‘I regard writing not as an investigation of character, but as an exercise in the use of language, and with this I am obsessed. I have no technical psychological interest. It is drama, speech and events that interest me.’Evelyn Waugh 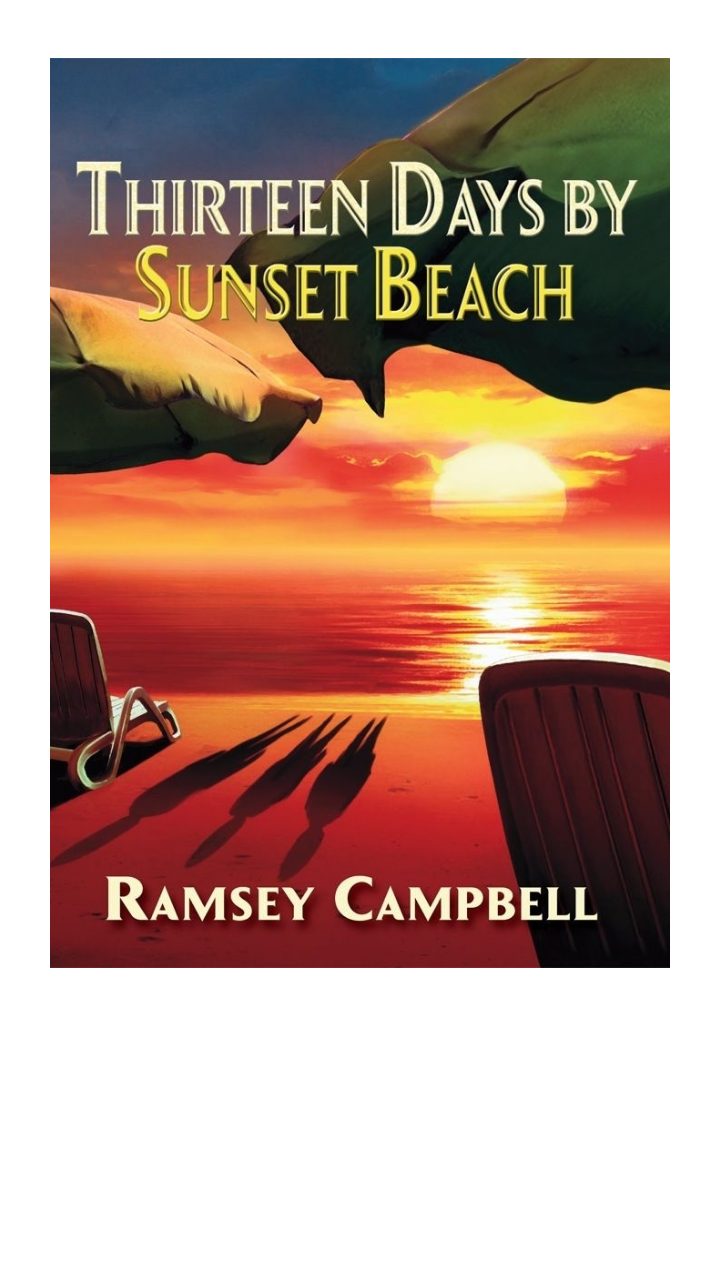 A day trip to the catacombs beneath an abandoned monastery gives Ray another sight he forces himself to dismiss:.... Ray stood aside for Pris before trailing her and Doug up the corridor. Her flashlight beam snagged on the entrance to each cell, releasing a shadow that fled into its lair. Shadows swarmed away like vermin from the debris in the largest space, and at last the beam reached the foot of the steps, up which Natalie was urging William after Julian. As Pris began to climb, Ray switched on his own flashlight for a last look along the corridor. He hadn't turned when he heard movement behind him—the restlessness he'd heard earlier. He swung around to see a shape emerging from the furthest cell.The legs came first—eight of them creeping around the far edge of the entrance to the cell. In a moment, though by no means a reassuring one, Ray saw they weren't legs at all; they were scrawny fingers clutching at the rock. As he struggled to breathe they brought their owner forth into the corridor. It was bent low with age or stealth, and entirely bald. Although it was naked, the whitish body was so withered that he couldn't guess at its sex. It twisted its thin head towards the light, and Ray glimpsed a face like a flimsy paper mask moulded to a skull. Were the eyes as entirely black as the rock? Even so, they gleamed with a life so fierce that it seemed to be concentrated in them, draining the ribbed torso of substance, shrivelling the crippled limbs. It bared its teeth at the light and stayed in its spidery crouch as it scuttled on all fours to the steps beyond the corridor. Before Ray could suck in a laboured breath it vanished into the dark.He staggered around to find he was alone in the corridor. Even the other lights were no longer to be seen. He was shivering from head to foot, and not just with the underground chill. As he fought to recapture enough breath to call out or to set about climbing the steps he heard Doug, altogether too far away. "Is my dad behind you?""I don't see him," Pris said as a faint glow found a single step high above."Dad, are you all right down there?""Where are you, grandad?" William contributed.While the voices were closer than Ray had feared, that meant William was too close for Ray to mention what he'd seen. Surely it had only been someone who had taken refuge. Wasn't that what even derelict monasteries were for? "I'm coming," he managed to gasp....Eventually Ray puts together enough pieces of the Vasilema puzzle: half-heard arguments in a church; odd mottos and graffiti on walls; the fact that Sandra, Tim, and Jonquil hide under beach umbrellas, floppy hats, and sunglasses all day. Oh, and Sandra's increasingly fuzzy reflection in the bathroom mirror.When Ray presents his case to the family, his kids think he is losing his mind.The climax of Thirteen Days By Sunset Beach is ingeniously handled with real dexterity. It's the perfect novel to read on vacation. While sunning on the beach.Jay25 August 2017

Posted by Jay Rothermel at 1:51 PM