The Sumurun manner: The Chronicles of Clovis by Saki/H.H. Munro 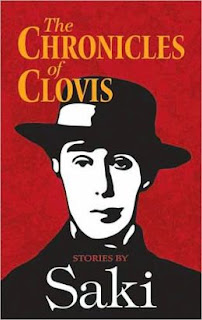 Amazing how content-rich the Edwardian press was. These brief stories by Saki were only a fraction of what he wrote for myriad publications as a professional writer. The oceanic scale of his learning and erudition is suggested in every line, yet his facility and control are perfectly harmonized.  The teeth-grinding social contradictions that birthed the stories are only hinted at as flippancy is elevated to the status of a fine art.


My spouse, whose tastes are far more visceral than mine, prefers games of walking dead thrones and the fiction of that lugubrious pen-driver Margaret Atwood. I explained to her tonight how much the turns of phrase and parenthetical asides of Saki delight the eye and mind. 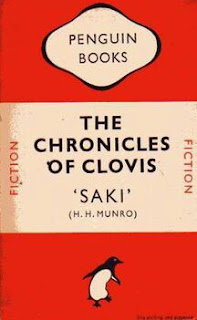 Posted by Jay Rothermel at 6:14 PM