Mark is an older man with an Aston Martin he can no longer afford, a younger second wife, and twin offspring he cannot stand. He has been sacked from his career at a comprehensive school due to scandal.

Every time he drives by the school, Mark sees a flood of students suddenly choking the crosswalk.

Or is it just the smeared lenses of his glasses? He cleans then continuously and obsessively, so maybe it's not the glasses that are smeary.

....He was always wiping the glasses. On a handkerchief. On the end of his tie. On a paper-­tissue or a table-­napkin or a sheet of lavatory paper. But the imprints of those two pairs of hands perpetually renewed themselves, just as the imprint of those twin lives now perpetually marked each hour of his existence.

....The Aston Martin, which he could no longer afford to run, leaped effortlessly up the hill; and suddenly, for a moment, there they were, boys and girls straggling across the road. Faces turned at the sound of the engine. Some drew back, others scuttled over to the further side, jostling, ungainly, undignified. But why should they be out of school as early as this? School holiday? No. He had braked to a halt. And then, to his amazement, he had seen that there was no one there at all. The late sun glinted on the crown of the road; the conifers soared up on either side, their green encrusted here and there near their summits with rust; somewhere far off an owl hooted. Odd. He could have sworn. But it was the glasses of course. He took them off, fumbled in his pocket for a handkerchief, found he had none and then, as so often, used the end of his tie.

....There was a lot that he never mentioned to Clare: a whole secret life of hurt feelings, humiliation, disappointment and resentment. She herself was so candid, telling him all her most intimate thoughts and feelings, that she could not guess at the depth of his lack of candour­.

....the girl came up from behind and her greasy fingers....

....He looked across at Clare and he could hardly see her face. The smears seemed to be across it, not on his glasses.

....He felt old and tired; a sour envy had invaded him, like the aftertaste of the acid Spanish wine, for the youth not merely of the students but also of his colleagues.

....Now that his joints so often ached and were stiff with rheumatism in the mornings, now that he found himself out of breath at the top of a hill or even of the stairs, now that one set of tennis, one swim, one orgasm, was enough for him, he found a compensation in the undiminished ferocity and pounce of that engine.

....It was some silly kind of optical illusion. The trees with the sun low behind them or with the headlights thrust against them. Some trick of shadow. And the fact that he was tired, the glasses, the wine. Nothing odd about it really.

....Would they never allow him any peace? Such was his fury against them that he hardly thought of those phantoms suddenly emerging out into the road. It was only later that he began to worry.

‘I should ignore the whole thing. Drive through your vision! Why not? Prove to yourself that there’s nothing there at all.’

‘Yes.’ The ophthalmologist realised that, so far from encouraging his patient, he had only discouraged him further.

....‘The eyes are perfectly normal for a man of your age. In fact, I don’t think I’d have even prescribed those glasses for you. You could easily do without them.’

There are some wonderful Campbellian touches of misperception here, though the reader, stomach tightening, begins to realize what that flock of students portends. 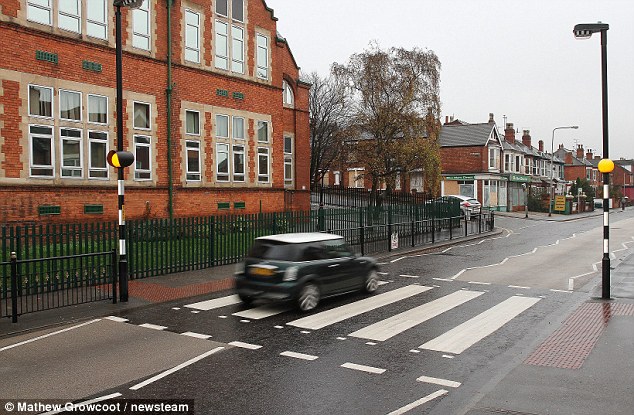